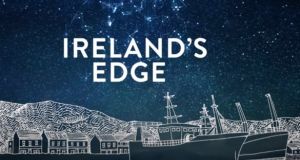 Chief Justice Frank Clarke. aerospace engineer and economist Sinéad O’Sullivan, and writer and documentary-maker Manchán Magan and are among the line-up on Tuesday at Ireland’s Edge, a two-day livestream from west Kerry.

The event, part of the Other Voices music festival in Dingle, is being streamed live from 6.30pm and available to watch here.

The organisers say it brings “remarkable thinkers, changemakers, inventors, advocates and artists to west Kerry, a place rich in history, folklore, culture and creativity - a place with an edge.

“Ireland’s Edge - Available Light / Solas will reflect on nine months of our collective experience of the pandemic, with an outline of the possibilities opening up before us, forming the basis of this year’s conversations and performances. As always there will be music and song for the head and heart.”

Journalist Prof Stephen Kinsella is in conversation with Muireann Kelliher, and Tuesday night’s “Banter Salon” presented by Jim Carroll is with Ms O’Sullivan.

This year’s online edition of the event is in partnership with Intel Ireland, and supported by Jones Engineering Group, the Department of Foreign Affairs, the Department of Tourism, Culture, Arts, Gaeltacht, Sport and Media, The Irish Times, Kerry County Council and The Skellig Hotel.

Ireland’s edge has been designed to minimise travel, contact and proximity for performers and crew and includes rigorous procedures and processes that comply fully with the Government’s regulations and restrictions.