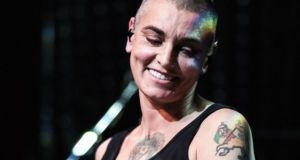 Sinead O’Connor, Sharon Shannon and Damien Dempsey are among hundreds of musicians who will receive Government assistance to cope with Covid-19.

O’Connor has been awarded €4,700 through the €1.7 million Music Industry Stimulus Package (MISP) to assist musicians whose livelihood have been decimated as a result of the pandemic.

She was one of 77 individual applications received through the MISP songwriting stimulus - one of three strands of fundraising.

The MISP was set up by the Government in October to help musicians who were deprived of the largest part of their livelihood because of the closure of live music venues.

A total of 56 artists received funding for an album release stimulus to help promote their new records.

However just 184, or 13 per cent, of all applicants were successful in receiving money to record new material out of 1,431 who applied.

The process has caused some disquiet in the music industry with a number of established acts losing out. Steve Wall of The Stunning was turned down for funding for a solo album.

Wall said the money allocated was nothing like enough to help artists in the industry. He called the grants process “wrong and divisive and causing a lot of hurt and pain” and it was turning the industry into the “Lord of the Flies”.

“After over 30 years in the music business here you are made to hold out the begging bowl to a ‘panel of industry experts’ who will assess whether you are worthy or not,” he said.

“Talk about eating humble pie. After repeated refusals it’s hard not to feel unworthy. I am so angry at how the whole funded sector is handling taxpayers’ money,” he told The Irish Times.

Singer-songwriter Mundy expressed his disappointment on his Facebook page. He wrote: “It hurts to be just called ‘Dear applicant’ when I’ve worked with some of these people and I’m no stranger in the Irish music industry.

“Yes, I’m getting older but I’m better than I was twenty years ago - when they called on me often. These guys are flying it now with their new role in the Irish music industry and having the role of choosing who’s suitable for funding.”

However, some of the best known names in Irish music have received the funding which is provided for by the Department of Culture, Heritage and the Gaeltacht and and distributed by First Music Contact (FMC), a not-for-profit company.

FMC is the Arts Council-funded resource organisation for the popular music sector in Ireland.

The Music Entertainment Association of Ireland (MEAI) has said there needs to be more transparency and accountability around the grants process.

In a statement, it questioned why grants are being given to those who are “already household names and can sell out venues and merchandise as soon as they can play live again”.

The MEAI, which was set up in the spring to act as a lobby group for musicians put out of work by the pandemic, said it is seeking to find out what criteria has been used to decide who received grants and who did not.

It queried why unsuccessful applicants got no feedback and why no means test was used for applying for the grant.

It has also sought answers as to why Picture This was listed has having received a €5,000 grant which was an error that has since been rectified.

In response , the Department of Culture, Heritage and the Gaeltacht defended the scheme staying that it had provided three information sessions for applicants, which had an average attendance of 200 per session.

“All criteria and panellists names were published on the FMC website in advance of application deadline. The process involved an open online application system, consideration by eight independent panellists who considered the applications according to music genre and then came together for overall decision making,” the department said.

“Any panellist who had a conflict of interest had to declare and recuse themselves.”

It said FMC will give feedback to all applicants who request it. The grants are not means-tested and all activity funded under MISP is required to be carried out in Ireland.

The full list of grants can be found here.