Vote 100: Progressive teacher and fervent separatist became one of the leading women in Irish politics 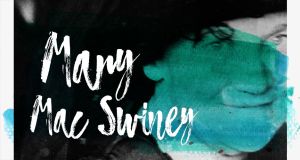 Mary MacSwiney (1872-1942), republican, was born on March 27th, 1872, in Bermondsey in London, the eldest of seven surviving children of an English mother and an Irish emigre father, and grew up in the city until she was seven.

Her father, John MacSwiney, was born around 1835 on a farm in Kilmurry, near Crookstown in Co Cork; her mother, Mary Wilkinson, was English and otherwise remains obscure. The couple married at a Catholic church in Southwark in London in 1871.

After the family moved to Cork city, in 1879, her father started a snuff and tobacco business, and in the same year Mary’s brother Terence MacSwiney was born. After his business failed her father emigrated alone to Australia in 1885, and died in Melbourne in 1895. Nonetheless, before he emigrated he inculcated in all his children his own fervent separatism, which proved to be a formidable legacy.

Mary was beset by ill health in childhood, her misfortune culminating with the amputation of an infected foot. As a result it was at the late age of 20 that she finished her education at St Angela’s Ursuline convent school, in Cork, in 1892.

By 1900 she was teaching at English convent schools: at Hillside, in Farnborough; and at Ventnor, on the Isle of Wight. Her mother’s death, in 1904, led to her return to Cork to head the household, and she secured a teaching post back at St Angela’s. In 1912 her education was completed with a BA from University College Cork.

The MacSwiney household of this era was intensely separatist. Avidly reading the newspapers of Arthur Griffith, they nevertheless rejected Griffith’s dual-monarchy policy. Dramatic, Gaelic League and separatist circles were Terence’s main outlets. But women’s suffrage was the cause with which Mary MacSwiney was first publicly associated. A founder member, with the unionists Violet Martin and Edith Somerville, of the nonmilitant Munster Women’s Franchise League in 1911, MacSwiney explained to a Griffithite friend who criticised her for seeking a concession from the Westminster parliament that she sought votes for women as a matter of justice.

It was the third home-rule crisis that brought about a change of her focus. After Terence MacSwiney and Tomás MacCurtain founded a Cork branch of the Irish Volunteers, in 1914, Mary founded a Cumann na mBan branch at their request and withdrew from the Munster Women’s Franchise League. Dispatched to west Cork by Terence shortly before Easter 1916 to deliver a message to Sean O’Hegarty at the county centre of the Irish Republican Brotherhood, Mary returned to Cork city in Easter week to witness the disarray of the Volunteers.

Among the arrested Volunteer leaders was Terence. Her return to teaching duties at St Angela’s later in Easter week was shattered when the Royal Irish Constabulary arrested her in class, which led to her dismissal. That was to lead her to found her own school. But in the first instance it facilitated her campaign for Terence’s welfare at a tense time in the immediate aftermath of the 1916 leaders’ executions. That took her to Dublin Castle, to the authorities in London, and to William O’Brien MP, in the House of Commons itself.

In September 1916 she and her sister Annie opened Scoil Íte (1916-54) at their home, at 4 Belgrave Place in Cork. Like Scoil Bhríde, set up by Louise Gavan Duffy in Dublin on the model of St Enda’s, founded by Patrick Pearse, Scoil Íte was an Irish-Ireland school and a progressive educational establishment as well. The former home ruler JJ Horgan and the pro-treaty professor Alfred O’Rahilly were among her later political opponents who nonetheless freely acknowledged MacSwiney’s credentials as a progressive Irish-Ireland educationist.

In 1917 her election to Cumann na mBan’s national executive, amid the movement’s reorganisation, marked her ascent to her first leadership role at national level. But it was her brother’s hunger strike and death, in 1920, two years after his election as a TD for Cork and months after his election as Cork’s lord mayor, that propelled her to national prominence. Together with Annie and Terence’s wife, Muriel, her vigil at Brixton prison was a key part of the hunger strike’s drama, played out in front of the world’s press. After his death, on October 25th, 1920, at the end of a 74-day ordeal, she assumed a large part of her brother’s heroic mantle. In early 1921 she made a highly successful seven-month coast-to-coast propaganda tour of the United States. In June 1921 she was elected to the Dáil for Cork city.

It was her contributions in opposition to the proposed settlement in the debates about the Anglo-Irish Treaty of 1921 that made her name as an uncompromising Irish republican. At two hours 40 minutes, her speech in the Dáil on December 21st, 1921, was the longest of the treaty debates, a tirade against compromise. Her opposition even led her to endorse IRA threats against pro-treaty TDs. Apocalyptically, she said the very stones would rise up if this compromise were passed. After the final majority vote in favour of the treaty, her rejection of the Dáil’s vote in the chamber itself was utterly contemptuous. Although she emerged from the treaty debates with a reputation for being one of the leading extremists, she had nevertheless been prepared, like Cathal Brugha and Austin Stack, in the interests of unity to accept the compromise proposed by Éamon de Valera, Document No 2.

In 1933, in opposition to the movement’s leftward drift, she resigned from Cumann na mBan, founding the purist Mná na Poblachta instead

After re-election in June 1922, followed by abstention from the Dáil, MacSwiney fought the civil war in a political, auxiliary, noncombatant role. Her success in twice embarrassing the government into releasing her from prison, after she went on hunger strike in November 1922 and April 1923 (the former a 24-day strike), represented her main contributions to the republican campaign.

Re-elected in August 1923, MacSwiney, Count Plunkett and other abstentionists were stymied by de Valera’s lieutenants PJ Ruttledge and Seán T O’Kelly, during de Valera’s imprisonment from August 1923 to July 1924, in their attempt to develop a fully fledged policy of abstentionism. Even so, they maintained the claims of the second Dáil and of the republican government that had been set up in November 1922.

After de Valera’s motion to enter the Dáil if the oath were repealed was defeated at an extraordinary Sinn Féin ardfheis in March 1926, MacSwiney naively expected de Valera would have to accept the will of the majority. Despite a joint message of unity to supporters in the United States at the end, never were MacSwiney and de Valera united again. After the loss of her seat in the June 1927 election, when Fianna Fáil won 44 seats, MacSwiney and Sinn Féin never again were serious players, only a threat to stability – but a threat that could never be discounted. In 1927 it was not unexpected that she condemned Fianna Fáil when they entered the Dáil and took the oath. Yet she also hoped they might still be faithful to the republic, but feared they might eventually “imprison and murder republicans”.

During the late 1920s her efforts to reinvigorate the movement foundered: the self-styled second Dáil was without a president from 1927, and a new forum in 1929, Comhairle na Poblachta, was stillborn. At the change of government in 1932 her considerable reservations at Fianna Fáil’s taking power were balanced by her delight in the defeat of what she termed the “murder gang”, which is to say Cumann na nGaedheal. Together with the movement’s manifest weakness and divisiveness, that change of government changed her own representation of her role and contribution to the movement. She now referred to herself and her allies merely as “guardians of the republican position”. Even so, her efforts to reunite the movement were just as unavailing as before, and indeed she could not prevent further fragmentation and disarray.

In 1933, in opposition to the movement’s leftward drift, she resigned from Cumann na mBan, founding the purist Mná na Poblachta instead. After the election of Fr Michael O’Flanagan as president of Sinn Féin, in 1933, when he was a Free State civil servant, MacSwiney resigned from the party in 1934.

The fragmentation and increasing marginalisation of these years culminated in a sudden crisis that proved to be the watershed event of the last years of her life. After the IRA’s killing of the 73-year-old retired vice-admiral Boyle Somerville and an alleged informer, John Egan, the government’s “coercion” of the IRA in 1936 led her to break with Fianna Fáil and throw in her lot with the IRA. De Valera unambiguously condemned the IRA for both these killings, but MacSwiney equivocated: “If any man was shot by the IRA he was shot for being a spy.” Two years later, in 1938, she was among the members of the second Dáil who transferred their powers to the IRA in response to a request by the IRA chief of staff to give moral legitimacy to a bombing campaign in England. After a heart attack in 1939, Mary MacSwiney died on March 8th, 1942, aged 69. De Valera offered to attend her funeral, but Annie MacSwiney contemptuously refused the offer.

By the 1930s Mary MacSwiney was widely represented as the Free State’s gorgon republican – yet even this did not give the full measure of her distinctions and achievements. Had she not risen from the ranks of the suffragists and of the first generation of newly enfranchised women to become one of the leading women in the Free State’s politics? Had her credentials as a progressive Irish-Ireland educationist in her own school not been recognised by friend and foe alike?

By contrast, her contribution to the republican leadership did little to avert the movement’s disarray and fractiousness, and its failure to re-establish the republic. Nothing ever said of her whole approach, which shaped her contribution to these outcomes, matched the incisiveness of de Valera’s telling counsel to her, at the civil war’s height, that there was a “difference between desiring a thing and having a feasible programme for securing it”.