Encouraging women to participate in politics from the ground up

As we remember the milestones of 1918, let us redouble our efforts towards more inclusive electoral and political participation 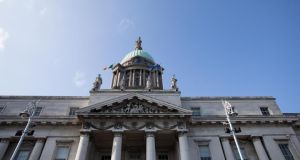 The road to the Representation of the People Act, the impact of which was first felt 100 years ago this week, was paved with acts of protest and defiance. In 1912, in protest at the then Home Rule Bill not envisaging a vote for women, eight women smashed windows in Dublin Castle, the GPO and the Custom House. They became the first suffragettes to go to prison in Ireland.

As the Minister responsible for matters concerning electoral reform and local government, I write this from one of those notable buildings. In the Custom House, my officials and I are working on new ways to place women on an equal participatory footing.

Ireland has made significant progress in extending the franchise since 1918, when certain women aged 30 and over, and men aged 21 and over, were allowed to vote. One hundred years on, all men and women aged 18 and over can exercise their democratic rights. Public awareness of the importance of voter participation has increased. The presence of civic, social and political education and the new politics and society subjects in our schools is a valuable contribution.

The year 1918 also saw enactment of the Parliament (Qualification of Women) Act. Women aged 21 and over were given the right to compete for Westminster seats. Yet from this milestone, and the achievement of electing the first female MP to Westminster in 1918, progress in increasing female participation has been limited.

My department will support women’s groups to build the capacity of women active in local communities, especially rural communities, to prepare them for the step into local politics. In the lead-up to the 2019 local elections, I will launch an information campaign about the importance of local government and the role of the councillor.

I will also propose a scheme to provide funding support to registered political parties that meet certain performance criteria in terms of gender representation for the recruitment of a diversity officer. Such officers will be tasked with encouraging and supporting women and those from minority groups for whom voting or running for election often has more obstacles, like the Traveller community and immigrants, to run for elected office.

On the international stage, the Government’s Permanent Representative to the United Nations, Ambassador Geraldine Byrne Nason, is ensuring Ireland leads the way in promoting women’s political (and other) rights through her chairpersonship in 2018 and 2019 of the Commission on the Status of Women.

The Government is also committed to modernising the ways in which people can register to vote or amend their details. This would make it easier for people more likely to move address, like students, to keep their details up-to-date. One of the options being considered is provisional registration for those soon to reach 18. Over the coming months, the public will have the chance, through consultations, to influence these initiatives.

As we remember the milestones of 1918, let us redouble our efforts towards more inclusive electoral and political participation.

John Paul Phelan is Minister of State for Local Government and Electoral Reform at the Department of Housing, Planning and Local Government. The department is responsible for electoral law and has supported the distribution of a Vote 100 supplement marking the century since women first voted to Irish schools.