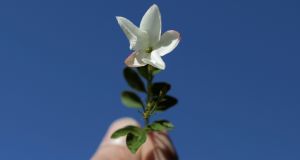 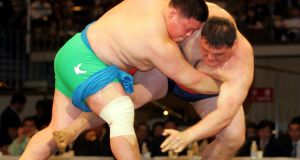 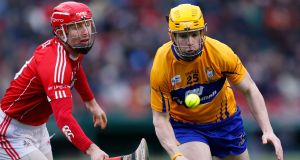 The ancient sport of hurling is in equal parts completely terrifying, hugely exciting and uniquely Irish.

In 2014 after Sky started screening the sport, English viewers who were new to the game, provided some fresh perspective on a sport we in Ireland have known for all our lives.

“What the hell is this? It’s like Quidditch/hockey/ lacrosse/rugby,” said Omair Ahmed from London and reported by Irish Times writer Mary Hannigan. Others noted it appeared to be “a cross between hockey and murder” and Mike said: “Don’t have a f****** clue what’s going on but it’s [EXPURGATED]awesome!!!”

Today, hurling takes its place among a list of pursuits deemed worthy enough to make it on Unesco’s list of Intangible Cultural Heritage of Humanity no less.

President Michael D Higgins said the decision was “a global acknowledgement of the unique cultural significance of this part of our national culture, and of the important role gaelic games play in Irish society”.

Maybe so. But many other countries have their own intangible cultural pursuits that the United Nations Educational, Scientific and Cultural Organisation (Unesco) also deems worthy of the list.

Take Bosnia and Herzegovina, where the picking of iva grass on Ozren mountain is a thing. On September 11th each year, the anniversary of the beheading of St John the Baptist, inhabitants of the villages around Ozren mountain go to Gostilij to pick iva grass, according to Unesco.

“After hiking up the hills, villagers of all social, gender and age groups pick iva grass, both individually and in groups. Iva must be picked carefully and pickers need to find it among the higher grass; the process therefore usually takes a few hours,” its website states.

When the picking is done, they get togehter wearing Ozren folk costumes, “to play, dance and sing traditional music”.

Unesco also deemed Chidaoba (wrestling), an ancient form of martial art practised by a large proportion of the male population in Georgia, as worthy of the list. Regae music gets a mention for Jamaica while dry stone wall building gets the nod for Croatia, Cyprus, France, Greece, Italy, Slovenia, Spain, Switzerland. The festive rites of the Kazakh horse breeders and the skills related to perfume in Pays de Grasse also make the list.

Unesco today also lists a number of traditions that need safeguarding including traditional hand puppetry in Egypt to shadow play in Syria.

Unesco’s Representative List of the Intangible Cultural Heritage of Humanity:

Celebration in honor of the Budslau icon of Our Lady (Budslau fest): Belarus

Festivity of Las Parrandas in the centre of Cuba: Cuba

Picking of iva grass on Ozren mountain: Bosnia and Herzegovina.

Raiho-shin, ritual visits of deities in masks and costumes: Japan.

The skills related to perfume in Pays de Grasse: the cultivation of perfume plants, the knowledge and processing of natural raw materials, and the art of perfume composition: France.