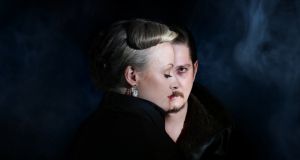 The festival is presenting its first full-scale staged opera, The Return of Ulysses, Claudio Monteverdi’s retelling of Homer’s Odyssey, which has never before been staged in Ireland.

With Galway International Arts Festival safely (and, by most accounts, successfully) packed away for another year, the stage is set for the summer’s last large-scale arts festival of the summer season. This year’s Kilkenny Arts Festival is the swansong for director Eugene Downes after five years at the helm, and highlights include an open-air production of Shakespeare’s A Midsummer Night’s Dream in Kilkenny Castle, along with world premieres of new dance and circus performances, are among the highlights announced for this year’s event, which kicks off next Thursday.

There are also exhibitions, debates and multidisciplinary productions. But, as always, Kilkenny’s strong musical tradition is paramount, with the festival presenting its first full-scale staged opera, The Return of Ulysses, Claudio Monteverdi’s retelling of Homer’s Odyssey, which has never before been staged in Ireland. The production brings together a world-class creative team led by award-winning director Patrick Mason and conductor Christian Curnyn.

Later Beethoven, a three-concert series by the Irish Chamber Orchestra, will contrast Beethoven’s later works with 21st-century compositions; musical collaborations in the Marble City Sessions hosted by renowned fiddler Martin Hayes; and a series of “beyond genre’ artists”, including a new jazz series and a celebration of late Kilkenny music legend Willie Meighan.

Actor Stephen Rea will perform Derek Mahon’s poetic sequence New York Time with a new musical setting, and Eavan Boland is this year’s festival poet in residence. A spoken word strand will explore history and contemporary events with national and international guests including BBC Newsnight presenter Evan Davis speaking on “post-truth”, and former taoiseach Bertie Ahern on the challenges facing Ireland after Brexit. Other speakers include Fintan O’Toole and Denis Staunton of The Irish Times.

There will be new exhibitions of art and design at the Butler Gallery,including I Smelled A Raw Recruit: the World War films of of New York-based multimedia artists Mary Reid Kelley and Patrick Kelley, while the role of technology in object-making will be explored at the National Design & Craft Gallery.

Architecture is prominent this year with Kilkenny Visions, an exhibition of new plans for Kilkenny’s cultural future in partnership with the UCD School of Architecture, along with a lecture from Irish architects Yvonne Farrell and Shelley McNamara, curators of the 2018 Venice Architecture Biennale.

Secret Garden, a series of free pop-up performances, will take place twice daily in a trail of historic gardens across the city, and then bursts out on to High Street for the first time on both weekends of the festival. Overall, it’s an enticing and wide-ranging programme with something for nearly everyone.