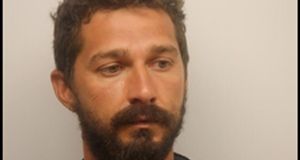 Shia LaBeouf has apologised after a video emerged of him using racially charged language toward a black police officer when he was arrested for being drunk in public over the weekend.

The Transformers star said that he was “deeply ashamed” of his behaviour and that he has been “struggling with addiction publicly for far too long”, after the arrest that took place in Savannah, Georgia, on Saturday.

“You’re going to hell, straight to hell, bro,” LaBeouf said towards a black officer after his arrest for drunkenness, disorderly conduct and obstruction, before adding that he “arrest [ed him] for being white”.

The star claimed he was arrested for asking for a cigarette, but the police account said he was using offensive language in front of children and being disorderly.

“He was told to leave the area and refused, becoming aggressive toward the officer,” said the Savannah-Chatham Metropolitan Police Department in a statement.

LaBeouf’s statement put the behaviour – which took place in the police station he was taken to – down to issues with addiction, with the actor adding that he is “taking steps toward securing my sobriety and hope [he] can be forgiven for my mistakes”.

The actor was arrested in January over a dispute connected to his art project #HeWillNotDivideUs. LaBeouf was involved with an altercation with a man with divergent political opinions at the project, which closed the following month after it became a “flashpoint for violence”

Where do love and hope ultimately come from?
5