Streaming giant Netflix has spent gazillions making movies, with little of quality to show for it 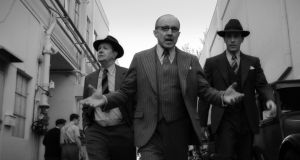 Why are Netflix’s films so mediocre? The streaming giant has turned the movie business upside down, transformed viewing patterns across the world and injected gazillions of dollars into production. But it still doesn’t seem to have figured out how to make a half-decent feature. In fact, to judge by this year’s awards season output, it seems to be getting worse at it.

Last summer, the company did put out a number of perfectly acceptable mid-range entertainments in the form of fantasy actioner The Old Guard and the zippy, fun Enola Holmes. Since then, though, not a lot. And as we draw to the end of awards-bait season, when studios traditionally release the prestige productions of which they’re most proud, what it does it have to show for it? The watching-paint-dry tedium of George Clooney’s The Midnight Sky. The self-indulgent incoherence of David Fincher’s Mank. The failed transition from stage to screen of Ma Rainey’s Black Bottom.

I can assure you that what you will observe is a vast wasteland. True, you’ll see a few things you will enjoy

All have one thing in common; watching them, you wonder why anyone in Netflix didn’t have the good judgment to shout stop. Even less self-consciously Oscar-oriented entertainment such as The Prom or Jingle Jangle share the same quality of having gone into production several drafts before they should have.

What’s lacking in all of these isn’t budget or technical skill, it’s a sense of what a film can or should be.

Hopes remain unfulfilled that the streaming revolution would spark a creative renaissance in film-making, particularly in mid-sized productions which have been squeezed out of the marketplace in the last couple of decades. Instead, most of the interesting streaming action is still in episodic drama, which, even at its best, relies on more conventional narratives and more prosaic visuals. Meanwhile, Netflix’s feature film output over the past couple of years recalls nothing more than the mid-1960s when Hollywood, horribly out of sync with the contemporary cultural moment, tried to compensate by falling back on tried and tested names, safe family entertainments, literary adaptations and screen versions of Broadway hits.

Why this failure of imagination? Steven Spielberg may have been on to something in 2018, when, at the height of the argument over whether Netflix films should be permitted at the Cannes film festival, said “once you commit to a television format, you’re a TV movie”. This has been portrayed as the snobbery of elitist cineastes or pampered auteurs but Spielberg, who knows a thing or two about television, was correctly pointing out that, despite the blurring of the boundaries between the two, TV and cinema remain two different forms.

“I invite each of you to sit down in front of your television set,” US Federal Communications Commission chairman Newton Minow said in a famous speech in 1961. “I can assure you that what you will observe is a vast wasteland. True, you’ll see a few things you will enjoy. But they will be very, very few. And if you think I exaggerate, I only ask you to try it.”

Minow was reflecting on the still-new American TV landscape which had developed in the decade and a half since the end of the second World War. In the six decades since his pronouncement, and especially since the turn of the century, television has become more complex, more varied and more interesting. But the “vast wasteland” is still there every time you load the Netflix app. The never-ending lists of personalised recommendations and new releases presume a particular relationship between the viewer and the screen. That presumption inevitably feeds back into the commissioning and funding process. The beast must be fed, the hundreds of millions of subscribers must be kept just satisfied enough to let their subscriptions automatically renew at the end of the month.

On Tuesday, Netflix announced a slate of around 70 films it will release in 2021. The list ranges from action-adventure blockbuster Red Notice, starring Ryan Reynolds, Gal Gadot and Dwayne Johnson to Jennifer Lawrence and Leonardo DiCaprio in Don’t Look Up, directed by Adam McKay (The Big Short, Anchorman). An impressive roster of film-makers includes Lin-manuel Miranda’s directorial debut and a reputed return to form from Jane Campion.

“We have found our way into the business with some incredible, world-class film-makers,” Scott Stuber, the head of Netflix’s film division, told the New York Times. “People saying, ‘You’ll never be able to do it’, was, personally, the easiest way to make me go do it.”

So perhaps this will be the year when the actual films live up to the preview hype, when the big names don’t seem to be dialling it in, and the greenlight hasn’t been switched on too soon. Based on the evidence, though, I wouldn’t bet on it.