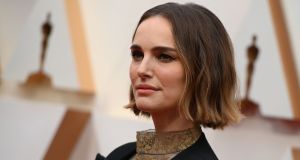 Natalie Portman: ‘I agree with Ms McGowan that it is inaccurate to call me ‘brave’ for wearing a garment with women’s names on it’. Photograph: Robyn Beck/AFP via Getty

Natalie Portman has said wearing a cape to the Oscars embroidered with the names of female directors was a “simple nod” to colleagues after being criticised by activist and actor Rose McGowan.

McGowan labelled Natalie Portman a “fraud” for wearing the cape, which was embroidered with the names of female film-makers who were passed over for best director nominations, such as Greta Gerwig and Lulu Wang.

In a post on Facebook, McGowan said Portman had made “the kind of protest that gets rave reviews from the mainstream media” but was “more like an actress acting the part of someone who cares. As so many of them do.”

McGowan added: “I find Portman’s type of activism deeply offensive to those of us who actually do the work.”

The Oscar-winner responded to McGowan’s criticism in a statement.

She said: “I agree with Ms McGowan that it is inaccurate to call me ‘brave’ for wearing a garment with women’s names on it. Brave is a term I more strongly associate with actions like those of the women who have been testifying against Harvey Weinstein the last few weeks, under incredible pressure.”

McGowan accused Portman of failing to support female film-makers either by working with them or hiring them through her production company. She said Portman had only been directed twice by women (including her self-directed film A Tale of Love and Darkness). In fact, Portman has worked with Mira Nair on the short film compilation New York, I Love You, as well as on the Rebecca Zlotowski-directed Planetarium.

Portman said: “It is true I’ve only made a few films with women. In my long career, I’ve only gotten the chance to work with female directors a few times – Unfortunately, the unmade films I have tried to make are a ghost history.”

Portman’s company, Handsomecharlie Films, has participated in seven completed films to date, including the romcom No Strings Attached and the thriller Pride and Prejudice and Zombies. Portman’s A Tale of Love and Darkness is the only female-directed film on its list, while Lynne Ramsay left Jane Got a Gun and was replaced by Gavin O’Connor.

“I have had the experience a few times of helping get female directors hired on projects which they were then forced out of because of the conditions they faced at work,” Portman said. “After they are made, female-directed films face difficulty getting into festivals, getting distribution and getting accolades because of the gatekeepers at every level. So I want to say, I have tried, and I will keep trying. While I have not yet been successful, I am hopeful that we are stepping into a new day.”

McGowan, who published a memoir, Brave, about her alleged experience with Harvey Weinstein in 2018, wrote about Portman: “You are the problem. Lip service is the problem – I am singling you out because you are the latest in a long line of actresses who are acting the part of a woman who cares about other women. Actresses who supposedly stand for women, but in reality do not do much at all.” – Guardian, PA