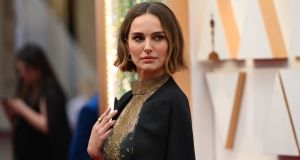 Activist and actor Rose McGowan has labelled Natalie Portman a “fraud” for wearing a dress to the Oscars embroidered with the names of female film-makers such as Greta Gerwig and Lulu Wang who were passed over for best director nominations.

In a post on Facebook, McGowan said Portman had made “the kind of protest that gets rave reviews from the mainstream media” but was “more like an actress acting the part of someone who cares. As so many of them do.”

McGowan added: “I find Portman’s type of activism deeply offensive to those of us who actually do the work.”

McGowan accused Portman of failing to support female film-makers either by working with them or hiring them through her production company. She said Portman had only been directed twice by women (including her self-directed film A Tale of Love and Darkness). In fact, Portman has worked with Mira Nair on the short film compilation New York, I Love You, as well as on the Rebecca Zlotowski-directed Planetarium.

Portman’s company, Handsomecharlie Films, has participated in seven completed films to date, including the romcom No Strings Attached and the thriller Pride and Prejudice and Zombies. Portman’s A Tale of Love and Darkness is the only female-directed film on its list, while Lynne Ramsay left Jane Got a Gun and was replaced by Gavin O’Connor.

McGowan, who published a memoir, Brave, about her alleged experience with Harvey Weinstein in 2018, wrote about Portman: “You are the problem. Lip service is the problem … I am singling you out because you are the latest in a long line of actresses who are acting the part of a woman who cares about other women. Actresses who supposedly stand for women, but in reality do not do much at all.”

Portman has not yet responded to the statement. - Guardian

TV guide: 28 of the best shows to watch this week
4

Dancing With The Stars backstage: ‘I’d love to see Danny Healy Rae out there’
10