Danish actor stars in taut, survivalist drama set in a lonely stretch of the Arctic circle 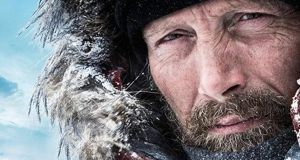 Mikkelsen was born in Denmark, but trained in ballet in Gothenburg Mads Mikkelsen plays a stranded pilot who lives in the wreckage of a crashed plane and has a carefully planned daily routine

Mads Mikkelsen, the only actor to have meaningful professional connections with James Bond, Igor Stravinsky, Alexandre Dumas, Perseus and Rihanna is having a chilly looking 2019 so far.

In January, the Danish actor headlined Polar, a bloody and bonkers adaptation of Víctor Santos’s 2012 web comic, in which Mikkelsen’s former assassin unsuccessfully attempts to retire to a wintry Montana. It’s a big, cartoonish Netflix picture that is unlikely to be confused with the similarly titled Arctic.

A taut, survivalist drama from YouTube alumnus Joe Penna, Arctic is set in a lonely stretch of the Arctic circle, where Overgård (Mikkelsen), a stranded pilot, lives in the wreckage of a crashed plane and has a carefully planned daily routine: checking a line for fish, checking for polar bears and running a distress beacon. When a rescue helicopter finally appears, it crashes in a blizzard, leaving Overgård to tend to the sole survivor, an unconscious woman played by Maria Thelma Smáradóttir.

“I wouldn’t say I’m a particular fan of survival films,” says the 53-year-old star. “As with any genre, it’s best when the film is about something more than it appears on the surface. This is the survival film, but it’s much more than that. It asks big questions like: what’s the difference between surviving and being alive? At the beginning of the film, he might as well be a zombie. He’s The Walking Dead until somebody else enters his life and then, slowly he starts becoming human again.”

Arctic was shot over 19 days on a glacier in the Icelandic highlands. A real life polar bear puts in an appearance (her name is Agee). Winds frequently reached speeds of 30 to 40 knots. On one occasion, Mikkelsen opened his car door and it blew away.

“We didn’t shoot for the rest of that day, obviously,” says the actor dryly. “I’m glad it looks incredibly cold because it was incredibly cold. And it was not only incredibly cold; the wind was killing us. It was very hard to plan. One minute there was a blizzard, then there was sunshine. We had absolutely no control. In the end we just had to shoot and take whatever conditions we got.”

“In most films you have some small private moments situations when you have a chance to convey something about the character that otherwise wouldn’t be told,” he says. “But this entire film is one long private moment so I just had to embrace that. Once you’ve taken away the most important things for an actor - which is words - the danger is that you’ll start trying to entertain. There’s nothing wrong with entertaining at all. But I had to be careful not to look too tragic when there were no fish on the line.”

The son of a nurse and a trade union activist, Mikkelsen was born in Denmark, but trained in ballet in Gothenburg. He was a gymnast before he became a professional dancer. After 10 years as a hoofer, he was cast in Nicolas Winding Refn’s debut feature Pusher. It was the start of a beautiful friendship. The ultra-violent drug drama would spawn two sequels and two further collaborations with Danish director Nicolas Winding Refn, the master of high-tone sex and death.

“When I’m out I like to drink beer and talk about sports,” says the most famous Carlsberg rep since Orson Welles. “But Nicolas likes to drink water and talk about film. In our private lives we don’t have a lot in common. But we seem to click in a fantastic way when when we were working together. We started out with his first film and my first film and it took off from there. We’ll work together again down the road, I hope. He’s been very, very important to me.”

Mikkelsen’s film career kicked off one year after the emergence of Dogme 95. That manifesto, as history records, comprised 10 rules signed by four Danish directors, including Lars von Trier, Thomas Vinterberg, Kristian Levring, and Søren Kragh-Jacobsen. They were later joined by the American auteur Harmony Korine and von Trier’s long-term collaborator, Jean-Marc Barr. The aim was to disrupt the glitzy artifice of mainstream cinema. “I swear as a director to refrain from personal taste,” read the manifesto. “My supreme goal is to force the truth out of my characters and settings.” Genre films were outlawed. Props were banned, as were filters and fancy lighting. The film format must be traditional Academy 35mm. Directors went uncredited.

Given the late blossoming of Mikkelsen’s career, it seems almost inconceivable that there are so few overlaps with the Dogme initiative. After all, they were just down the road from the Copenhagen home where he still lives with his choreographer wife Hanne Jacobsen and two children.

By Mikkelsen’s reckoning, the Dogme platform was all “a bit silly”.

“I did one Dogme film with Susanne Bier, “ he says. “But we cheated a lot. The idea that the stories are important? No shit, Sherlock; we knew that already. We also knew that instead of waiting five hours for the sun to rise every day, we could put up a lamp on location. Don’t tell anyone! All good rules should be guidelines, not strict rules, and that’s how we treated them.”

He has, nonetheless, a great deal of time for the movement’s figurehead, von Trier, the controversial talent behind the Cannes conquering The Idiots, Breaking the Waves, and The House that Jack Built.

“We were close to working together once,” says Mikkelsen. “But that didn’t happen for different reasons. So I know him but I haven’t got to work with him yet. He’s a fantastic asset for Danish cinema. He’s the one who put the country on the map.”

In recent years Mikkelsen has been named best actor at Cannes for his remarkable turn in The Hunt, a thriller about a man falsely accused of child molestation, and he has built up a solid reputation in such absurd Danish comedies as the genetic modification farce Men and Chicken. There’s a discrepancy here. As A O Scott noted in the New York Times, Mikkelsen has “become a reliable character actor with an intriguing mug” in Hollywood but while on the domestic front “he is something else: a star, an axiom, a face of the resurgent Danish cinema”.

“Of course you do have to come up with ways of defending your character,” he smiles. “I seem to have a plan now; that wasn’t always the case. Most of the ones I play are thinking ‘this is the best for humanity’ or ‘if I do this the majority of people will live’. I do love playing the bad guys. And from the first call from America those are the roles I get. Arctic is actually my first American role that isn’t a bad guy.”

Despite considerable critical acclaim, the Mikkelsen-led TV version of Hannibal was cancelled in 2015. Fans remain hopeful that the psychological horror series based on the characters from the Thomas Harris novels Red Dragon and Hannibal can be revived. Mikkelsen is ready and willing.

“There is continuous discussion about how to get back to Hannibal,” he says. “it’s always about finding the right home for it. But I think the entire crew and cast are more than happy to return. We want to bring it back to life. But whether that happens or not is really out of our hands. It was a great experience for me. Every time I read the script I would say to myself: ‘What? Are we really going to do this on a TV network?’ And it got crazier and crazier as time went on. It was always a treat to find out what (showrunner) Brian Fuller had come up with this time.”

Arctic is released on May 10th