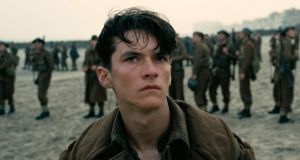 Christopher Nolan’s Dunkirk, among the summer’s most anticipated films, will receive its Irish premiere at this year’s Galway Film Fleadh.

Nolan’s film, which details the famous evacuation during the early stages of the second World War, features Irish talent such as Cillian Murphy, Kenneth Branagh and Barry Keoghan. The film will screen in the Town Hall Theatre on Sunday, July 16th, before going on general release the following Friday.

The full programme for the 29th fleadh was announced at the Radisson Hotel in Galway city. Gar O’Brien, the festival programmer, commented: “Between being both a Unesco City of Film and the destined European Capital of Culture in 2020, we felt more pressure than ever to deliver a programme to satisfy the cineaste audiences in Galway, but I think we’ve put together something for everyone across the six days.”

The fleadh, one of the most significant events in the Irish cinema calendar, has a reputation for premiering the best in Irish features. In recent years, such domestic hits as Peter Foott’s Young Offenders and Darren Thornton’s A Date for Mad Mary have made their debuts by the Corrib.

Much attention will, this year, be focused on the premiere of Stephen Burke’s Maze, featuring Tom Vaughan-Lawlor, Barry Ward and Martin McCann. The picture examines the mass breakout from the Maze prison in 1983. The international coproduction was shot in Sweden and in the recently decommissioned Cork Prison. The cast and the director will be in attendance.

The festival will open with Pat Collins’s much anticipated Song of Granite. Collins is known for such singular films – often blurring the definition of documentary – as Silence and Living in a Coded Land. His latest picture makes a study of the traditional Irish singer Joe Heaney. Song of Granite had its world debut earlier this year at the South by Southwest Festival in Austin, Texas. Steve Greene of IndieWire was among those raving about the film at that event. “For an artist whose work in a proud and robust tradition carried a recognizable grace, Song of Granite is a stirring, solemn tribute,” he wrote.

The fleadh is set to close with a rare original feature project from Colm Toíbín. The novelist has written the screenplay for veteran German director Volker Schlöndorff’s Return to Montauk. Stellan Skarsgård and Nina Hoss star in a thoughtful drama concerning the reunion between a lawyer and a writer in Long Island.

O’Brien and Miriam Allen, managing director, also confirmed the Irish premieres of such domestic releases as Gerard Barrett’s Limbo, a tale of homelessness from the director of Glassland; Nick Kelly’s The Drummer and the Keeper, an uplifting rock’n’roll oddity; and Katrina Costello’s The Silver Branch, a documentary about poet Patrick McCormack. Chris Kelly’s A Cambodian Spring, shot over six years in that Asian country, has already won best documentary at the Brooklyn Film Festival. That, too, gets its first Irish outing,

There will also be a focus on Polish cinema, discussions on gender equality and a cornucopia of exciting new short films.