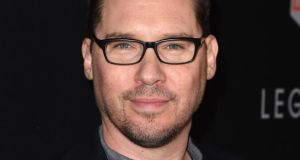 Bafta has suspended Bryan Singer’s nomination for the film Bohemian Rhapsody in the wake of sexual-assault allegations.

The film-maker had been named in the outstanding-British-film category of the awards, which are being presented in London on Sunday evening, but the academy said his nomination had been suspended “effective immediately”.

It comes after a report in the United States emerged alleging that Singer sexually assaulted four men while they were under age.

Last Friday Rami Malek, the Oscar front-runner for his role as Freddie Mercury in the film, spoke out against Singer at Santa Barbara International Film Festival, in California. “My situation with Bryan, it was not pleasant, not at all. And that’s about what I can say about it at this point.”

Singer was replaced as director by Dexter Fletcher well into production of the Queen biopic, but he retains sole credit, and the sexual-abuse allegations that emerged shortly after his being fired were not cited as the cause for his exit.

Malek urged his audience to be reassured by Singer’s fate. “For anyone who is seeking any solace in all of this, Bryan Singer was fired,” he said. “I don’t think that was something anyone saw coming, but I think that had to happen, and it did.”

Bohemian Rhapsody remains nominated for the outstanding-British-film Bafta, and the other individuals named remain nominees. “Bafta believes everyone has the right to a fulfilling career in a safe, professional working environment, and it will continue to collaborate with the film, games and television industries to achieve this,” the academy said.

Malek also told his audience in Santa Barbara: “My heart goes out to anyone who has to live through anything like what I’ve heard and what is out there... It’s awful, it’s remarkable that this happens. I can appreciate so much what they’ve been through and how difficult this must be for them. In the light of the #MeToo era, that this somehow seems to exist after that, it’s a horrible thing.”

Winner of the best-drama Golden Globe last month, Bohemian Rhapsody has been a breakout hit of this awards season, taking €700 million at the global box office. Singer is estimated to stand to make €35 million from the movie; a backlash is mounting to the news that he is still engaged to direct the forthcoming thriller Red Sonja. – PA, Guardian

Rialto: A searing Dublin movie that will stay in your brain
8