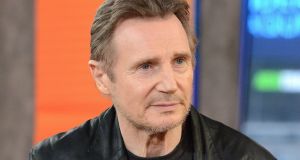 Liam Neeson has cancelled an appearance on The Late Show With Stephen Colbert in the US amid continuing controversy over racially charged rape revenge comments.

The Irish actor (66), was due to appear on the US chat show on Friday, as he promotes his latest film Cold Pursuit. However, on the listings for upcoming guests on the programme, Neeson has been replaced by The Wife actor  Glenn Close.

It is understood Taken star Neeson pulled out. It comes after he attracted widespread criticism for comments regarding decades-old thoughts he had about killing a black person.

Speaking to The Independent during a discussion about revenge, a theme in Cold Pursuit, he said he roamed the streets looking for a “black b*st*rd” after someone close to him was raped.

There have been calls for a boycott of his films as a result of the comments, though some, including  Irish author John Banville and former footballer John Barnes, have defended him.

The red carpet at the film’s New York premiere was abruptly cancelled on Monday due to the controversy.

On Tuesday, Neeson appeared on Good Morning America to address his comments, saying he was not a racist. He said he was compelled by a “primal” and “medieval” desire for revenge when he had violent thoughts about killing a black person.

He said: “I had never felt this feeling before, which was a primal urge to lash out ... After that there were some nights I went out deliberately into black areas in the city, looking to be set upon so that I could unleash physical violence.

“I did it four, maybe four or five times, until I caught myself and it really shocked me, this primal urge. It was shocking.

The real Sound of Music: Maria was no ‘flibbertigibbet’ and she didn’t teach the kids songs
7 Welcome to the child sex capital of Europe
8