Eoin McNamee: On My Culture Radar 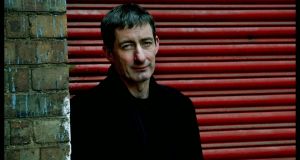 Eoin McNamee: ‘I would watch Amybeth McNulty reading the weather’

Still World Turning is a book of short stories from the legendary No Alibis Bookstore. They’ve created their own publishing company, and it’s become a home for great writing – it’s the first new small publishing house in Belfast that can compete with the likes of Tramp Press. This a mixed collection of stories from writers including Niamh Mac Cabe, Daniel Hickey and Jan Carson, and it’s an important collection, I think. Also, Faber & Faber are relaunching Gordon Burn’s entire works, so I’m rereading Somebody’s Husband, Somebody’s Son, which his book about the Yorkshire Ripper; and Alma Cogan, his first novel that was based on the life of the singer. I first met Gordon when he and David Peace did an electrifying reading in Kilkenny in 2006. He died 10 years ago, and he was a hugely important English writer – he had an extraordinary clear-sighted stylistic ability to get under the skin of things.

I love Richard Kennan and Alice Jary’s Ruíbín at the harbour in Galway. It’s their take on Irish cuisine through the lens of technique and ingredients picked up during several years of travel. Go for Flaggy shore oysters with yuzu chilli dressing.

I thought Bob Kelly’s performance in Tintown in The Factory in Sligo was mesmerising. It’s a one-man show based on the internment camp in the Curragh in the 1940s. To me, it brought the politics of the era into the aesthetic sphere, and it frames contemporary politics too. There are references to Republican political thinking; there’s a clear pathway between then and now, and it was a powerful, political performance. Blue Raincoat, the Sligo theatre company, are taking it on tour at the end of the year.

Margot Quinn, who’s created an art space in a high street shop in Carrick-on-Shannon. It’s her working studio but it’s open to the public too. She creates works on paper and lost, comic figures in rags and papier-mâché.

Eily O’Connell is a jeweller from Killybegs. I was just looking at her last piece, based on berries and using black diamonds. She forages objects to make her creations, so she makes organic compositions made of silver and gold, tree bark and nutshells. Have a look at her website at eilyoconnell.com – there’s fantastic stuff.

I’m listening to Elbow Room by Danny Diamond. He plays darkly visceral fiddle music, which expresses Donegal and takes it to a contemporary space. He was in Slow Moving Clouds, who did the soundtrack for Loch na hEala. I think Danny’s at the cutting edge of contemporary traditional music.

A few years ago, I worked on a radio play with an actor called Amybeth McNulty. She was about 12 years old, wearing Ugg boots that were far too big for her and was sitting in a chair that was too tall for her, but she mesmerised the entire studio of professional actors and sound designers. She’s now 17 and going into the third series of Anne with an E, which is the Netflix version of the novel Anne of Green Gables. She’s such a talented young actress that I would watch her reading the weather.

I’m rewatching Battlestar Galactica. I found it lasted the test of time. The theme of genetic engineering and its consequences is still relevant, gripping and often terrifying. I’ve also been watching The Bay, Daragh Carville’s creation, and enjoyed that.

My current favourite is The Stranger. I saw it a couple of weeks ago at the Strokestown Poetry Festival. It’s written and directed by Jessamine O’Connor, and it’s a shadow puppet film poem about immigrant experience. Jessamine’s work has activism at its heart. There’s a crystalline narration by Aoife Ní Mhurchadha, Carmel Balfe did the puppets and Helen B Grehan did the music. It’s lively, beautiful to watch and timely.

Eoin McNamee is co-editor of The Cormorant magazine. The third edition will be published during Sligo’s Tread Softly arts festival, July 25th to August 3rd. treadsoftly.ie