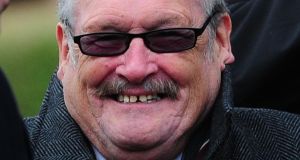 Tommy Cannon has said he is “devastated” following the death of his comedy partner Bobby Ball at the age of 76.

The comedian, actor and author had been in hospital with breathing problems and tested positive for Covid-19.

He died at Blackpool Victoria Hospital on October 28th at around 9.30pm.

A statement from his manager Phil Dale said: “Bobby had been taken to the hospital for tests as he started with breathing problems.

“At first it was thought to be a chest infection but a test proved positive for Covid-19.

“His wife Yvonne said the hospital and staff could not have been more wonderful, as they were outstanding in their care of duty and they did everything possible for him and she cannot praise them enough.

“Yvonne added that their need for privacy at this time has to be a priority. No further announcements or statements will be made.”

Dale added: “Bobby was a true comedy star who loved entertaining people and he loved life itself. I spoke to him every day and it would always end in laughter!”

Cannon, with whom Ball found fame on the smash hit The Cannon And Ball Show, which ran from 1979 to 1988, said: “Rock on, my good friend, I can’t believe this, I’m devastated.”

He later wrote on Twitter: “I’m absolutely devastated, I’ve lost my partner, my best friend and the funniest man I know. Thank you for your messages, prayers and love.”

Yvonne added: “I will always miss him, he was so joyful, full of fun and mischievous.”

Ball was born Robert Harper on January 28th, 1944 in Oldham, Lancashire and met Cannon, real name Thomas Derbyshire, while he was working in a factory as a welder.

After the success of The Cannon And Ball Show he appeared in a string of TV series including as Lenny in Last Of The Summer Wine from 2005 to 2008.

He also played Topsy Turner in Heartbeat and appeared in Mount Pleasant, Benidorm and The Cockfields.

Ball played Lee Mack’s troublesome father Frank in the BBC One sitcom Not Going Out since 2009 and in 2012 competed in the Strictly Come Dancing Christmas special.

He is survived by two sons, Robert and Darren, with his first wife Joan Lynn, as well as his daughter Joanne with Yvonne Nugent.

Ball was patron of the local NHS Blue Skies charity and the couple recently organised a variety event which raised £30,000 towards the development of the dementia garden at Clifton Hospital, Lytham, Lancashire.

The BBC’s controller of comedy, Shane Allen, said: “We are devastated to hear the sad news of Bobby Ball passing away.

“He was a powder keg of comedy who entertained audiences of all ages for decades.

“He was funny to the end, having just completed his work on the forthcoming Not Going Out series and we all feel immensely privileged to have enjoyed the benefit of his talents.

“Our thoughts are with family and friends at this sad time.” – PA