Call me a snob, but Marvel’s Black Panther is ‘less than’ Scorsese’s Raging Bull

Donald Clarke: Kids’ movies are becoming the only cinema many punters will pay to see 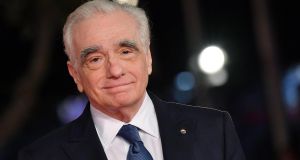 By Tuesday the wiseacres were wondering which cineaste would be the next to have a dig at Marvel? Hungarian arch-miserablist Bela Tarr? What might Austrian egghead Michael Haneke say? Ken Loach? Ha ha ha!

Oh, you say Loach actually did pop up? “I find them boring,” he said of superhero flicks. “It’s about making a commodity which will make profit for a big corporation – they’re a cynical exercise.”

It’s hard to remember a more colourful bust-up between higher and lower culture. The scuffle began a few weeks ago when an interview emerged in which Martin Scorsese took digs at the new gods. “That’s not cinema,” he said of Marvel. “Honestly, the closest I can think of them, as well made as they are, with actors doing the best they can under the circumstances, is theme parks.”

People say rash things in interviews. Most often, they later clarify or retract or claim that quotes were taken “out of context”. Not Marty. Days after the comments were published, he doubled down at the London Film Festival. “It’s not cinema, it’s something else,” he reiterated.

If we were in any doubt that war had been declared, Francis Ford Coppola, a near contemporary of Scorsese’s, clarified by thumping the nuclear button. “Martin was kind when he said it’s not cinema. He didn’t say it’s despicable, which I just say it is,” he said. In the last few days, Pedro Almodóvar (superheroes are “neutered”) and Fernando Meirelles (“I’m not interested”) have put their respective oars in. This is a full-on insurrection.

Aren’t superhero films the equivalent of the popular westerns that Scorsese so enjoyed as a child? No, not really

On a superficial level, the attacks were worth making as an act of high-end trolling. Many were the idiots who emerged from their basements to suggest – like teenagers rejecting attacks on the latest Bieberalike – that Scorsese was “just jealous”. We could fill this column with hilarious examples, but we’ll settle for the knuckleheaded Marvel stan who suggested the director of The Age of Innocence, No Direction Home, The Last Temptation of Christ and The King of Comedy made films in only “one genre”. When his error was pointed out, he claimed that the genre in question was “drama” (which isn’t even true).

Great efforts were made to draw comparisons from earlier eras. Aren’t superhero films the equivalent of the popular westerns that Scorsese so enjoyed as a child? No, not really. With a very few exceptions, those films were each original, standalone projects. Some parallel could be struck with the science-fiction and western serials that emerged from the 1930s, but, whereas the Marvel films are staged on colossal budgets, those shorter works – the likes of Flash Gordon  – were hammered out for peanuts in double-quick time. There has never before been a phenomenon like the Marvel and DC megacycles.

Each contribution from either side served to exacerbate the conflict. Eventually Bob Iger, chief executive of Disney, which owns Marvel, popped up to defend his team. “Are you telling me that Ryan Coogler making Black Panther is doing something that somehow or another is less than anything Marty Scorsese or Francis Ford Coppola have ever done on any one of their movies?” he asked. Any one of their movies? I’m going to risk being called a fat snob here by suggesting that, yes, what Coogler does on Black Panther – a perfectly okay romp – is “less than” what Scorsese did on Raging Bull or Coppola did on The Conversation. Sue my snooty bottom.

Nonetheless, it is worth pondering why the top dogs have chosen now to give out about commercial cinema. Neither Marty nor Francis is any sort of elitist. Do not forget that, with The Godfather, Coppola delivered the highest-grossing movie ever made (until Jaws knocked it off the perch).

“I try when doing interviews to not make wild generalisations,” James Mangold, director of the off-beat Marvel flick Logan, told me when I asked him about Scorsese’s comments. “But I take his point. I don’t think it’s just about Marvel movies. When a movie is about promoting a merchandising line – or even other movies – it stops being a self-contained piece of cinema.”

That’s partly the problem. But the greater issue is that superhero films (and films on a similar scale such as Star Wars and Disney’s live-action remakes of cartoons) have edged almost everything else out of the market. It is inconceivable that a grown-up film such as The Godfather could now become the highest ever grosser. It’s inconceivable that it could take that title for even a calendar year. This is what’s really driving the unease. Scorsese is wrong to suggest that Marvel films aren’t cinema. If it exists on a screen for 80 minutes or more then it’s cinema. The tragedy is these kids’ movies are fast becoming the only sort of cinema many punters will pay to see.

No wonder the geezers are angry.

Antonia Campbell-Hughes: ‘I like hard graft. That’s what I believe in’
8