Writing is not just a desk job

You are always observing, analysing, noting and dissecting. To write, you must have lived, to have stories you’d think twice about sharing 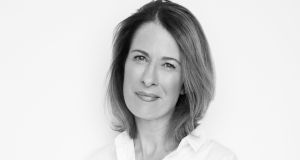 Susan Ryan: author of The King of Lavender Square

When you tell people that you’re a writer their first reaction is confusion, their first remark is that you must have discipline, by the tonne. But writers don’t tend to have much of that at all. What they do have are rows of perfectly arranged paper clips categorised by colour; they have clean ovens, defrosted freezers and windows you can see through because they will do absolutely anything to put off sitting down at a desk to write.

Hemingway said that the first rule of writing was to apply the seat of the pants to the seat of the chair. Another American writer, John McPhee, is known to have tied himself to his chair with the belt of his bathrobe to make sure he stayed put and didn’t abandon his post. And Dickens had this to say about the desk: “Prowling about the rooms, sitting down, getting up, stirring the fire, looking out the window, teasing my hair, sitting down to write, writing nothing, writing something and tearing it up…” All sounds a bit grim.

If you don’t like desks, stay away from them. DH Lawrence wrote sitting under a tree, Agatha Christie wrote in the bath and Sir Walter Scott wrote on horseback

The good news is that writing is not just a desk job. The truth is that as a writer you are always writing. In my advertising days I once overheard a copywriter tell a creative director that he’d come up with an idea down the pub – he’d scribbled it down on a beermat as proof – and so the time swilling pints should be viewed as work hours. When the creative director had finished laughing, he promptly told the copywriter that as an advertising creative and writer that it was the life he’d signed up for. He was right. You are never switched off. You are always observing, analysing, noting and dissecting – people and places – perpetually searching and mining for potential and triggers.

To write, you must have lived. You need to have some stories to tell, ones you’d think twice about before sharing with your children or partner or parents. I went for an interview for a job in Melbourne that was advertised as “underwear waitressing”. Wearing a bra and knickers to serve drinks and hand out beer nuts, no big deal – just like wearing a bikini, right? Nope. There was more to it, naturally. The man who interviewed me was dressed head to toe in black and had his cowboy-booted feet up on his desk. He looked like a contract killer from a Cormac McCarthy adaptation. He was also surrounded by framed posters of signed covers of Playboy. He told me I was in the wrong place. I agreed with him, excused myself and sprinted.

I worked as a cemetery manager in Sydney. I got to know Scott, the gravedigger who dug out the six-foot plots overlooking the Pacific. The cemetery was located on some of Australia’s most prime real estate overlooking Bondi. The Australians have a dark sense of humour, something my manager, a man who looked and spoke remarkably like Alf Stewart from Home and Away, told me I would need for the job particularly in dealing with pranksters. And figuring out who was pranking or not took practise. A man rang on Good Friday and told me he needed a grave as he was to be killed that day. He went on to introduce himself as Christ, Jesus Christ. Another day a woman arrived in off the street, landed a cardboard box on my desk and announced, “That’s me mum in there. I’ve got me dad out in the boot. Ashes. I need graves.” She did.

To make a good fist of writing or any ambition, hunger is good too. If you’ve had to scrape and dig deep to earn money for bed and board, writing doesn’t seem so bad. The hardest job I’ve had physically was picking watermelons in the subtropics in 45C heat. Grown men crawled off the field in exhaustion but I liked being outside even if we were told to keep an eye out for snakes. My least favourite job was working in a gingerbread factory in Germany. Time ticked backwards, the boredom was immense. I have never been bored since except for maybe in the odd meeting.

But while experiences like escaping onto a German motorway after a hitchhiking exercise gone bad; being chased by wild boars in Indonesia or being advised to leave a deserted beach in Queensland because of a Great White sighting do heighten the senses and provide potential material, it doesn’t have to be that dramatic. Leaving your desk will do.

Doing something you haven’t done before, even something as simple as visiting an Asian shop and buying a mystery food shifts your thoughts and starts loading the subconscious. Cleaning the fridge works too or weeding. An unrelated, mundane task can occupy you sufficiently to coax the thoughts out while movement can help sort them into the right slots.

And when it comes to actually writing, cod yourself into it. Write for five minutes and see where it takes you. If you don’t like desks, stay away from them. DH Lawrence wrote sitting under a tree, Agatha Christie wrote in the bath and Sir Walter Scott wrote on horseback. You’re in fine company.
Susan Ryan is the author of The King of Lavender Square out now and published by Poolbeg