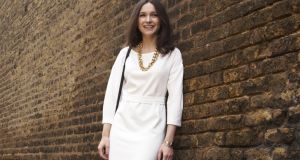 Book Title:
Seven Days of Us

Christmas comes with complications. On the surface, it’s a happy time: shop windows glisten with cutesy capitalism, carols ring out from public squares, and families travel far and wide to be together, to revel in the reassuring familiarity of one another’s likeness and settle into in-jokes and long-established hierarchies, lamenting that work and distance conspires to keep them apart. Usually, however, about four hours in, everybody remembers why they live so far away and the rows begin.

Francesca Hornak’s debut novel Seven Days of Us perfectly captures this festive claustrophobia and the push-and-pull between sepia-tinted childhood memories and passive-aggressive adult resentment. Any other family may well have called it a day and scattered back to their preferred corner of the Earth by December 23rd, but the Birches – the “us” of the title – are bound together, no hope of escape until the last of the turkey leftovers has been served.

Eldest daughter Olivia returns from Liberia, where she’s been working as a medic battling the highly contagious – and thankfully fictitious – Haag disease. She must remain quarantined and it’s decided she’ll hole up with her family in her mother’s inherited ancestral home in Norfolk, a creaking relic with questionable heating, for the entire festive period. There’s her newspaper restaurant critic dad Andrew, enthusiastic and well-meaning mother Emma, who is fresh from a cancer diagnosis she intends to keep secret until quarantine is over, and younger sister Phoebe.

The only catch? Nobody can leave, and nobody new can enter. For a whole week. This is inconvenient for everyone except Emma, who misses the family Christmases of old, but especially for disgruntled sibling – and very relatable – Phoebe, who steels herself for another Christmas of fussing over the sanctimonious Olivia.

Phoebe is freshly engaged to dull posh boy George for no good reason other than she thinks it’s about time she should be, and her desire for fun, luxury and attention grates marvellously against Olivia’s at times enervating worthiness and pontificating. Usually, however, with family, we bristle more out of habit than actual ill-feeling, and the sisters gradually begin to find common ground, despite some expertly flung spanners in the works, usually just as we near a detente.

As the novel unfolds, Olivia’s guilt over a forbidden relationship with fellow medic Sean that could endanger more lives, and Phoebe’s sense of responsibility when she discovers her mother is ill, reveal the flaws beneath their respective armours.

While all this is going on, Andrew has a few skeletons awaiting liberation from his closet, namely a one-night stand from his days as a war correspondent and that dalliance’s product – handsome American Jesse – eagerly searching for answers and a family of his own. Emma too is torn between her idealisation of a family Christmas and the reality of what awaits her once the quarantine is over.

Seven Days of Us is a compelling novel with expertly-drawn characters – especially those within the immediate family – and much is made of the Birches’ differences and shared character traits, along with simmering resentment at exclusive closeness between other family members. It’s exactly the type of disagreements that come up at huge family events or reunions – the age-old dichotomy between the desperation to be your own person and the inexplicable need to belong to a tribe with an emotional bond. The family’s individual narratives – each chapter is written from a different character’s point of view, both marvellously engrossing and intrusive – are witty and endearing, but tinged with jealousy and wistfulness. Relative stranger Jesse’s observations allow us to step back and see them as other families might, maybe even inadvertently holding up a mirror to how we behave among our own clan.

The novel is so packed with twists and turns that the odd subplot can feel extraneous. As a gay man, I crave representation in mainstream novels but the slight gay intrigue subplot could easily be left out. As in real life when you stare at one another over the Christmas table, you’re not sure who to root for, so there’s no playing favourites but in the end you find yourself willing them all to work things out. This is a charming and warm, yet spiky and incisive, novel that you won’t want to put down. By the time we make it to New Year’s Eve, you’ll feel you’ve lived every second of the festive period alongside them, and much like your own loved ones, you’ll realise, just as you prepare your goodbyes, that you really did love them after all, and wish it could’ve gone on longer. A sparkling, engrossing debut.

The Last Romeo by Justin Myers, who blogs as The Guyliner, will be published by Little, Brown next year