The Ninth Hour: An exploration of quietly heroic lives of Catholic women in Brooklyn 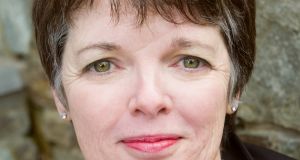 Alice McDermott specialises in genealogies disrupted or arrested because of tragedy

Alice McDermott’s The Ninth Hour is bookended by two deaths, a generation apart, that both take place in the “short dark days” of February. Jim, an Irish immigrant recently fired from his job as a subway motorman, takes his own life in the Brooklyn apartment he shares with his pregnant wife, Annie.

A brisk nun, one of the Little Nursing Sisters of the Sick Poor, takes charge of the tragedy and almost - through a compassionate conspiracy with the doctor and the undertaker - manages to circumvent the Church’s injunction against laying suicides to rest in consecrated ground.

The second death occurs years later and, without revealing too much, sees the demise of a woman who stood in the way of Annie’s chance for renewed happiness. In the intervening years, Annie has raised her daughter, Sally, much of whose childhood was spent in the basement laundry of the local convent, the nuns having provided Annie with a job as a laundress after her husband’s death. The lives of mother and daughter, then, become inextricably bound up with those of the nuns, each of whom dissents, in some way, from the “many rules and regulations” - “Church rules and city rules” - that disproportionately punish “Catholic women in particular and poor women in general.”

The novel is narrated retrospectively by an unidentified adult child of Sally’s, whose repetition of “our father” throughout the novel - “Our father liked to say”; “Our father said later”; “And so our father found himself” - both echoes the Lord’s Prayer and transfers its power to the secular realm of an ordinary family.

McDermott specialises in genealogies disrupted or arrested because of tragedy: from the three maiden Towne sisters in At Weddings and Wakes; to Billy and Maeve in Charming Billy, childless, it is implied, because of Billy’s ongoing obsession with a lost Irish love; to the illness and death of Daisy in Child of My Heart. The Ninth Hour is concerned, perhaps more than any of McDermott’s previous seven novels, with alternative or reconstructed genealogies: with families created out of tragedy and/or out of bonds that are neither consanguineous nor conjugal. The nuns facilitate Annie’s close friendship with a neighbour, Elizabeth Tierney, whose large family becomes deeply significant in the lives of Annie and Sally. Annie’s devoted friend, Sister Jeanne, becomes for Sally’s children an important repository of family lore. The convent itself is the site of such alternative genealogies that when Annie takes a leave of absence from her job, she is replaced by “another young widow with a child who played on the floor.”

Throughout the novel, McDermott alludes to many aspects of the Irish-American experience that have become iconic through their reiteration: participation in the American Civil War (in this case, a family’s history is haunted by Red Whelan, the man who joined the Union army as Patrick Tierney’s substitute, the latter having managed to buy his way out of conscription); transatlantic passage characterised by “the filth and the sickness” of steerage; “the knocking crowds on Ellis Island, elbow to elbow”; the “lace tablecloth, lace doilies, lace curtains,” denoting social mobility, that were a feature of the suburban Long Island house in which the narrator grew up.

But McDermott merely touches on these aspects; her gaze rests on the caring responsibilities of both nuns and married or widowed women, with due attention paid to the bodily fluids they manage, wipe up, launder and/or discreetly dispose of on a daily basis.

To an Irish reader, the passages set in the convent’s basement laundry are inevitably quite troubling. Sister Immaculata’s claim that, “Down here, we do our best to transform what is ugly, soiled, stained [. . .]. We send it back into the world like a resurrected soul” recalls in uncomfortable ways the conflation of soul-cleansing and clothes-scrubbing in Magdalene laundries.

It is also difficult to reconcile Annie’s and Sister Immaculata’s experiences of the basement, as a somewhat liberating space in which “contraband” subject matters can be broached, with the silences that characterised what James Smith calls Ireland’s “architecture of containment.” But the convent is not a Magdalene laundry and the novel is not set in Ireland.

Moreover, The Ninth Hour is far from nostalgic. It acknowledges “how much went unspoken in those days,” from Jim’s suicide, to Sally’s clinical depression. Lost or amputated limbs recur in the novel to signify absent presences and the unsaid. Mrs Costello, an invalid to whom the nuns minister, feels an “imaginary pain” in her phantom leg. The “one leg and one arm” of Red Whelan, the substitute Civil War soldier, serve as a constant reminder to Patrick Tierney’s descendants of the economic privilege that made the latter’s participation in the conflict avoidable.

Readers might quibble with the narrator’s omniscience: if s/he is one of Sally’s children, then s/he was not witness to many of the events recounted so scrupulously here. And perhaps McDermott reveals a little too much in the novel’s final pages. But, notwithstanding, this is a very fine novel and its focus on the quietly heroic lives of Catholic women in early twentieth-century Brooklyn enriches both McDermott’s oeuvre and contemporary fiction more generally.

Sinéad Moynihan lectures in English literature at the University of Exeter

The Liffey Swim: How Jack B Yeats and his painting won an Olympic medal for Ireland
4

A New History of the Irish in Australia: Racial profiling Down Under
5