What’s your story about? Let me explain why I can’t

The conundrum of the creative process, says writer Evie Gaughan, is we don’t know how we do it 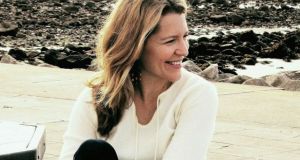 Evie Gaughan: It feels almost counter-intuitive to have to go back and explain the book after writing it

George Orwell famously said, “I do not wish to comment on the work; if it does not speak for itself, it is a failure.”

“What’s your book about?” is a question that, for most writers, results in either selective mutism or worse still, verbal diarrhoea. If only we could all deflect the topic in such a clever, definitive manner as Orwell. Alas, it would seem we mere mortals are destined to make a complete hash of our response to this seemingly innocuous question. At least we can take solace in the fact that even the best of them struggle to coherently summarise the 80,000 words they’ve spent months and years writing.

“I am not my novel,” Karoline Ramqvist said, “I can only do it injustice.”

This Swedish journalist and author draws a clear distinction between herself and the writer people expect her to be.

“There’s the Writer with a capital W and then the writer, who stays at home and doesn’t really know why or what she’s doing, but to not do it, isn’t an option.”

As writers, we create imaginary worlds peopled by fictional characters, trying to make sense of our own reality. All art or creative expression is born of the desire to communicate that which confounds us in everyday conversations. So the thought of having to openly discuss these ideas, without the invisibility cloak of fiction, can bring many of us out in hives. Stories are often abstract, elusive and almost impossible to explain in two or three sentences.

While it is a privileged position to meet anyone interested in your book, I think a kind of panic sets in when writers are asked to explain its inner workings. Immediately, the implication is that the book isn’t doing the job sufficiently on its own merits, so we have to make it sound cleverer and more intriguing than we worry you think it’s not. Still with me? So we might overcompensate, which inevitably creates the trap of doubting your book’s worth. Either that, or you draw a complete blank. You forget all of it, can’t remember writing any of it, or what any of it means. The task of reducing all those years of silently plotting, writing and editing into a polished sentence becomes impossible.

Inevitably, the “What’s your book about?” question is followed by “What inspired you to write it?” Polish poet and Nobel Prize winner Wislawa Szymborska considers why artists are so reluctant to answer questions about what inspiration is and where it comes from:

“It’s just not easy to explain something to someone else that you don’t understand yourself. Whatever inspiration is, it’s born from a continuous ‘I don’t know.”

And that is the conundrum that is the creative process. We’re not entirely sure how we do it. It’s such a fragile thing that, even having achieved it once, there is never any certainty of being able to repeat the performance. There is an element of alchemy involved in creating something out of nothing, willing an idea into existence by conjuring words onto paper. So perhaps, like magicians, we don’t like to reveal our secrets… because the truth is, we have no idea how any of this works. The trick is making people believe we do.

Incisive as always. The idea of spilling your guts out, only to have them spread liberally on toast is more than a little close to the bone. She also describes the inner writer as something of a ‘shadow-being’, who lives in the same body, but “when no one is looking, takes it over and uses it to commit the actual writing.”

What a wonderful portrayal of the enigmatic writer lurking in the shadows of our consciousness. The same person who does the grocery shopping and clears out the shed, is suddenly possessed by a being far more articulate with an inexplicable and unrelenting desire to write. Unfortunately, it is the former occupant who appears just at the moment when someone asks, “So, what’s your book about?” The crime has been committed, but the perpetrator has fled.

Bestselling American author George Saunders recently wrote an article on the subject in which he discussed the fumbling nature of writing and why it’s so difficult to explain.

“We often discuss art this way: the artist had something he ‘wanted to express’, and then he just, you know … expressed it. We buy into some version of the intentional fallacy: the notion that art is about having a clear-cut intention and then confidently executing same. The actual process, in my experience, is much more mysterious and more of a pain in the ass to discuss truthfully.”

Yet, discuss it we must! We’ve all heard of the elevator pitch, at least anyone submitting to agents and publishers have. We’ve all been warned that if you can’t “sell” your book in one or two sentences, you may as well pack up your pencil case and go home. No one will want you. Yet when an author tries to narrow the hundreds of pages into which they have poured blood, sweat and tears (as well as dribbles of coffee) into a sound bite, something malfunctions. Authors develop a strange kind of myopia when it comes to describing their own work. We seem to lack objectivity, the perspective, or basically the will to sell it in neat little one-liners.

I’m sure I’ve been guilty of asking people what their book is about, before I became a writer myself – assuming this to be a perfectly innocent, run-of-the-mill question. It’s hardly rocket science, is it? I mean, they are writing the thing. Yet, what most authors want (really, really want) is for their book to do the talking for them. It feels almost counter-intuitive to have to go back and explain the book after writing it. But how will anyone ever feel inclined to buy your book unless you sell them the idea of it first? It might be the literary equivalent of the chicken and the egg, but either way, just telling people to read it and find out for themselves doesn’t seem to do the trick. Unless you’re Donal Ryan, whose eloquence is rarely matched and impossible to argue with:

“What purpose does a work of art serve if its creator must stand beside it, explaining its elements? A thing dismantled and exposed and reassembled repeatedly loses some of its integrity each time, and will eventually be sundered completely, rendered useless.”
Evie Gaughan is the author of The Heirloom and The Mysterious Bakery On Rue De Paris. Her third novel, The Story Collector, will be published with Urbane Publications in autumn 2018. eviegaughan.com