We That Are Young review: Whips up a frenzy of injustice 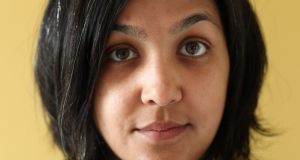 An impressive debut by Preti Taneja

Book Title:
We That Are Young

“Nothing will come of nothing,” King Lear warns his soon-to-be outcast youngest daughter Cordelia after she refuses to flatter him like her sisters. Shakespeare borrowed the sentiment from the philosopher Parmenides, whose ex nihilo nihil fit argued against the possible existence of a void.

The British author Preti Taneja has created something from something with her impressive debut novel We That Are Young, a homage to Shakespeare’s Lear set against a backdrop of tradition, misogyny and corruption in contemporary India. It is in many ways a perfect setting for such a retelling, a country where women are historically second-class citizens, where daughters are still commonly traded like livestock, where the position of father can be both care-giver and ruler supreme.

In her novel of three very different daughters torn apart by a monomaniac billionaire father, Taneja whips up a frenzy of injustice. She sets her story amid the Indian anti-corruption riots of 2011 and uses the imploding dynasty as a means of exploring the clash of old and new values in one of the world’s fastest growing economies. Everything, including family and love, can be traded. Gargi, Radha and beloved youngest daughter Sita each do battle in their own ways with their father Devraj, “the Company himself, the man they call Bajupi,” and each emerge as a victim of a society that favours rich, powerful men.

It’s not about land, it’s about money

The Company is a vastly lucrative organisation that has fingers in lots of pies, from government contracts, to a chain of luxury hotels, to other more nefarious business deals. As with Lear, Devraj takes a notion to retire and splits his dynasty between his daughters. Subverting the natural order of things causes chaos among his henchmen and extended family. In India though, as Devraj’s nephew Jivan notes on returning from exile in America, “It’s not about land, it’s about money”. This sentiment is later echoed by eldest daughter Gargi, who effectively runs the Company without acknowledgement, as she updates Jivan on how business is done in their country: “We ourselves are forced to bribe each other for everything. To get contracts, we pay. To get paid, we pay.”

We That Are Young is a novel packed with so many insights and ideas that it can sometimes feel unwieldy. With multiple narrators – Gargi, Radha, Sita, Devraj, bastard scion Jivan, his gay and cocaine-addicted brother Jeet – whose stories span just over 500 pages, some of the chapters could have been whittled down without losing the impressive chorus of voices. Compelling scenes are diluted by long lead-ins and at times the style, with dialogue in particular, feels repetitive.

Taneja nonetheless paints a remarkable picture of contemporary India through the voices of her characters. For a relatively new writer, she is a master of ambivalence, creating in Gargi, Radha and Jivan distinct voices that guide the reader through the messy inheritance debacle. Just as Jane Smiley did with maligned farmer Ginny in her Pulitzer winning novel A Thousand Acres, Taneja makes Gargi a hard-nosed but hugely sympathetic narrator. As she promotes free education programmes for her female employees, Gargi explains the Indian concept of sharam: “We girls are stalked by shame from the moment we are born. We cry to escape it. Then we are caught.” Duty and legacy take on new meaning in a country that still practises karta, the law of inheritance and power of authority passed to the eldest male in a family.

Gargi’s transformation from kindly older sister and entrepreneur to a self-preserving detachment is movingly depicted by Taneja. So too is beautiful middle sister Radha’s descent from party animal to killer, as her history at the hands of various “guardians” is painstakingly revealed. Taneja’s sensuous writing brings both women’s predicaments to life: “He divided us for his own pleasure,” Gargi says. “Like meat torn from bone.”

There is the poverty of the fictional Dhimbala, 'the wild dogs and rats and the people of the basti'

Born in the UK to Indian parents, Taneja is a Cambridge fellow whose novella Kumkum Malhotra won the Gatehouse Press New Fictions Prize. Her work as a human rights reporter has been published in the Guardian and Open Democracy. The strong ethical sense to her writing is subtlety incorporated in her novel through character and action. There is the poverty of the fictional Dhimbala, “the wild dogs and rats and the people of the basti”. There is the stewed corruption of a land where money is power. But mostly, there is the overwhelming unfairness of a father who casts out his daughters like animals: “You girls are like two diseased owls, unnaturally taloned, freakishly beaked with your make up so much and your nails all painted.”

In the book’s excellent closing chapters, as Taneja threads the narrative strains together and Sita comes to realise the dangerous realities of modern India, she is admonished by her cousin Jivan: “See what happens to wilful girls?” From Shakespearean times to the present day in large portions of the world, it is a chilling warning and a sad truth.