The Light Makers was a compelling, beautifully written tale of relationship breakdown 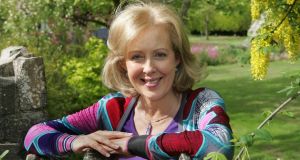 In 1992, I remember reading Mary O’Donnell’s debut novel, The Light Makers, with a mixture of awe and excitement: awe that a novel could be this well-written, excitement at what I perceived to be the advent of a significant new voice in Irish fiction. Two other novels followed in the 1990s – Virgin and the Boy (1996) and The Elysium Testament (1999) – that failed to capture the public imagination in the same way. They are both good novels, but they are not nearly as compelling as The Light Makers. We had to wait 15 more years for O’Donnell’s early promise to be confirmed with Where They Lie (2014), a subtle treatment of a Protestant family’s grief in the wake of the disappearance of the bodies of two of their members, victims of sectarian violence.

The Light Makers opens with the photojournalist Hanna Troy visiting the Women’s Centre, where she is going to attend counselling. She is suffering meltdown in the wake of the break-up of her relationship with her husband Sam and the feeling of total isolation that this engenders. When the doctor asks Hanna if she wouldn’t mind postponing her appointment for a few hours, this provides the pretext for a review of the events in her life that have led to the current impasse.

We learn about her first experience of sex as a teenager with a distant cousin, Bill, who turns out to be gay; about the strained relationship with her unstable stepsister Rose; about her parents Daniel and Kate. Then there is Sam, the talented architect to whom she feels immediately attracted and ends up marrying. Friction arises between them when Hanna has difficulties conceiving, in spite of there being no obvious medical impediments on her end. For some infuriating and inexplicable reason, Sam refuses to check out his own possible sterility. To Hannah’s credit, she does not vilify her husband, even when she discovers he has been having a torrid affair with a French work colleague, Sandrine, who, it is revealed at the end of the novel, is expecting his baby. In fact, she admits to liking Sam more than anybody else in the world.

But it reaches the point where they can no longer live together. Their rows are vividly rendered, the vicious comments aimed to cause as much hurt as possible, the incandescent rage, the foul language. In the beginning, the disputes sometimes ended in passionate lovemaking; later, there was just bitter emptiness as the couple grew further and further apart. O’Donnell is dextrous at conveying the despair of couples who are totally incapable of communicating because of pride, stubbornness, emotional immaturity or a complete lack of empathy. In addition, there are the social pressures that deem a woman who is not a mother to be worthless, something that weighs heavily on Hanna.

The Light Makers has two main literary virtues that warrant mention: a taut, elegant style where words are never wasted, and a strong plot that is narrated in a manner that keeps us interested in the destiny of the characters right up until the end. It also supplies some rare, and sometimes amusing, insights into the human condition, such as: “Words aren’t everything; it’s what they mean and what you mean using them that counts”; “Life bears down no matter which way you turn. Like something giving birth to itself, over and over”; “Lovers are seldom as we imagine. You know at a glance that they eat, sleep and excrete just like everybody else, that they occasionally have bad breath and that they also fart.”

This attractive new version will hopefully remind people what a talented and shamefully neglected writer Mary O’Donnell is. The novel has aged extremely well and the issues it raises are as relevant today as they were 25 years ago.

Eamon Maher is general editor of the Reimagining Ireland book series with Peter Lang Oxford, which will publish a new book of critical essays on Mary O’Donnell’s entire oeuvre early in 2018