Did I subconsciously base my novel on my friend’s life crisis? 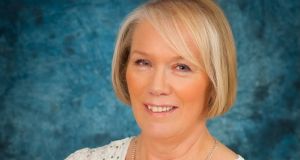 Zoë Miller: Story-telling is a healing art as old as time and good stories address the hopes and fears of the human race

There is a lot of commentary at the moment about the question of including trigger warnings for books concerning the subject matter and content, lest they upset some unwary reader. But long before this question hit the social conscience, I had concerns far closer to home – misgivings about friends and the members of my own extended family when including certain issues in my novels, and I began to find it impossible to write about any potentially upsetting subject without some friend or family member popping into my head and breathing down my neck.

It began when one of my novels had already been consigned to the printers, having gone through the long process from first draft to final proofing. I woke up in the middle of the night with my heart racing at break-neck speed and my mind in a downward spiral of anxiety – what had I done?

I had been jolted from my slumber by the spectre of one of my main characters. I had lavished much attention on this character in fully realising her, playing an omnipotent god in my ivory writing tower while subjecting her to the misfortunes of a particularly sensitive issue as part of her story arc. It was a small part of the novel but a delicate segment nonetheless.

Writing the relevant passages involved uncovering what I imagined to be her deepest fears and exposing them on the pages of the novel, ready for the reader’s consumption. Furthermore, I had wrapped up this portrayal with a resolution that I, again playing god, judged to be in the character’s best interests.

But what if, my mind flailed at the dark hour of three in the morning, my friend assumes this character is based on her? She had endured a stressful situation in her life that was comparable to that of my character.

Hand on heart, my friend’s experience hadn’t once entered my conscious brain while engaged in the process of breathing life into the novel. Oblivious to everything but the pull of the story, I had written away freely and now that it was far too late, anxieties raced in like agitated ants; given that she would surely read the novel, would she be upset at my subject matter?

Had I portrayed the essence of it with sufficient empathy? Was there a real risk I’d be stamping all over her sensitivities in the equivalent a pair of size 12 hobnailed boots? If so, would she ever forgive me? As publication approached, mixed with the thrills that particular day brings, I was beset with visions of her never speaking to me again and ensuring I became an outcast in my circle of friends.

However, I’m relieved to say this story had a happy ending; the sky didn’t fall in, my friend said she enjoyed the book, and we’re still talking to each other.

In a case of life imitating fiction, there have been incidents I’ve put in a novel, both delicate and otherwise, only to find similar occurrences playing out in my life and the lives of my friends and family at a later date. Or having already occurred.

On one occasion, after a novel was published, I was asked with a nod and wink as to how I had unearthed the family skeleton that formed part of the story, given it was supposed to be top secret.

It’s not that I have an amazingly sensational or wildly unorthodox circle of friends and family. All stories, in essence, are about ordinary people and their wants, needs and passions, the more imperfect and flawed the better. Story-telling is a healing art as old as time and good stories address the hopes and fears of the human race behind life events such as birth, love, death, betrayal, illness, anxiety, separation, loss – most of which are experienced in every family.

There can be a real problem in depicting such matters without reflecting to some degree what’s going on in the lives of people we know, but even the best plot in the world will fail if the characters and action are not convincing.

It is our connections with people and life around us that provide the nucleus for character and plot, but a lot of the time this happens in a subliminal way, a kind of sense impression that sparks a vital impetus inside us.

Like many authors, I’ve had to tell myself to ignore whoever is sitting on my shoulder and allow the story to unfold in its own way, otherwise I’d never write another novel.

My characters start life as hazy silhouettes. I know little about them until I actually write about them, throwing them together into conflict situations. They gel and coalesce and fill their contours in that special synthesis between the intangible creative impulse and my fingers moving across the keyboard and forming words.

So if I’m asked if the stories in my novels are really about my colourful great aunt, or my second cousin once removed, I rest my case by pointing to the disclaimer in the preliminary pages of the novel – “all the characters in this publication are fictitious and any resemblance to any real person, living or dead, is purely coincidental”.
A House Full of Secrets by Zoë Miller is published by Hachette Books Ireland and is out now. zoemillerauthor.com @zoemillerauthor