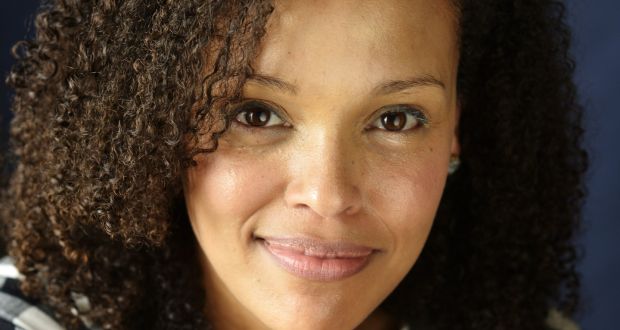 Jesmyn Ward has to deal with the festering cache of Black American history. She does it brilliantly. Photograph: Ulf Andersen/Getty Images

Sing, Unburied, Sing starts with death and ends with it. In the opening scenes, 13-year-old Jojo watches his Pop butchering a hog, the hungry boy craving the viscera. The end pages are haunted by butchery of a different kind, Pop at the heart of it, driven to an extremity of choice by the unthinkable verities of the postbellum South. This is black Mississippi in the 21st century but the lives of the rural poor feel outside time.

Jojo and his little sister are being reared by their grandparents. Their mother, Leona, lacks a mother’s instinct. Leona’s white lover and father of her children is in Parchman prison farm – he’s getting out and that is all she cares about. She’s going to drive upstate to bring him home, and she’s taking his children with her. The trip is crank-fuelled. There are wayposts of small-time dealers, dodgy lawyers. The baby is sick, Leona can’t see beyond her own needs. Jojo is in charge.

The road trip to Parchman is the narrative centre of the book and the prison farm is the foul realm at the heart of the American republic. The whips and rifles. The dogs. Men worked to death, hunted, the crushing of body and spirit an odious imperative. You can hear Alan Lomax’s crackling analogs of slave chant recorded at Parchman online, but it is intrusive, an eavesdropping on men surrendering their dignity to song rather that have it surrendered for them with whip and dog. Something shimmering and hallucinatory in those long delta perspectives, always death-haunted. Pop has been there as a young man and knows what it is, knows it as part of the bloody and dripping architecture of control, slavery transmuted into a dominion equally dark.

Ward’s prose counterpoints the inhumanity. She’s always reaching for a simile, something to pin the moment and find redemption in it. For all the multiplicity of voices, the fevered idiom of place, there is a cool-headed ordering going on. You don’t lose your place as the voices of the living give way to the voices of the dead. There are revenants. Leona’s brother Given murdered in a race incident. Richie is a youngster taken under Pop’s wing in Parchman.

Leona is neglectful of her children, sated with bad-boy love, yet the dead cluster to her. She can see them when others can’t. You keep wondering why she is the way she is and you think of James Baldwin on oppression: If the world does it to you long enough and effectively enough, you begin to do it to yourself. There is an encounter with a white traffic cop. The side-of-the-road theatre of the damned seen in a hundred blurry dashcams. There is an authenticity to these encounters that keeps the writer’s virtuosity grounded. An out-of-date driving licence, a package of drugs – your own minor transgressions become the mechanisms of incarceration and death. All at once Leona has overdosed in an attempt to destroy evidence, and Jojo is kneeling in the dirt with a pistol pressed to his head.

Leona’s mother is being eaten from within by cancer. She is spiritually articulate. She prays to St Teresa and Yemaya. The new gods and the old. The dead come calling on her. They are looking for news of the living but she cannot give it to them. Jojo and Leona are gifted with greater vision. Mama knows that they live in poverty and lack of opportunity for a reason and is forgiving of her daughter, knows how circumstance can rip empathy out of your grasp, and then assign blame for being without heart.

Ward has to deal with the festering cache of Black American history, to look at historic and present hurt, and to look past it at the same time. She does it brilliantly.

It’s easy to look for analogy in the unquiet dead of Sing, Unburied, Sing, to regard them as ghosts of the unresolved past, but Ward is after something else. The dead’s job is to ask questions which can never be answered, to hold the present to witness. The account of a lynching, for all the withheld grace of Ward’s writing, is an abomination, the white perpetrators are shameful, slinking things. These events stand at the centre of American history. How could it be other?

The ghost of the lost boy Richie demands answers from Jojo, and Jojo draws the truth from his grandfather. The living Richie was faced with a terrible death or a swift one, the decision belonging to Pop. The impossible choices always fall to the wounded. Pop has been left with the consequences of his own decision, and has forged exemplary strength from it, all the more powerful for being dry-eyed and unsentimental.

As Pop articulates his loss, encompassing his wife by speaking her name, Jojo turns to the window. “The branches are full. They are full with ghosts, two or three, all the way to the top, to the feathered leaves.” They are the ghosts of the sinned-against and they tell their stories with their eyes. The raped and the starved, the mutilated and the hanged. Ward’s writing is laced with compassion. The wonder is that she can find room for it.