The Unmapped Country, by Ann Quin review: pleasures and treasures

Quin set off in search of unknown pleasures, a sensual experience of words and life both intimate and distant 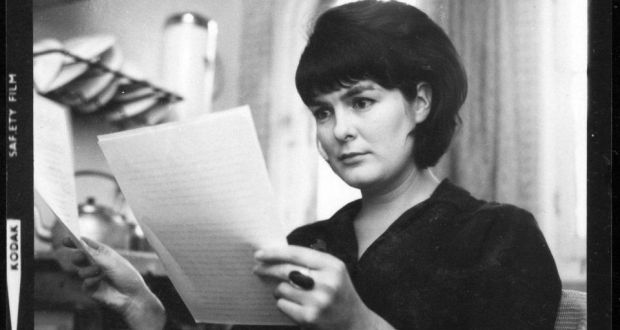 Ann Quin’s stories and essays range from the slight to the substantial, containing in microcosm the major motivations of her longer works. Photograph: Oswald Jones/Larry Goodell Collection

Author of four unique novels in the decade before her apparent suicide in 1973, Ann Quin has long been a figure with a cultish reputation. Those novels – a blend of pared-back nouveau roman, surrealist psychodrama, and second-wave feminist subjectivity – have come in and out of print irregularly since her death, though the past decade has seen a concerted effort to restore Quin’s position as one of the key innovators in 20th-century British fiction.

The Unmapped Country is a new collection of “stories and fragments”, many previously unpublished and held in the private collections of friends or peers. The pieces were written throughout the 1960s; most as fiction, some as essays, and two as material for her partner of the time, the pop artist Billy Apple. They range from the slight to the substantial, containing in microcosm the major motivations of her longer works.

It is easy to imagine how a story like A Double Room could be expanded into a novel in itself, such is the veracity of its drab seaside atmosphere, though perhaps it is precisely the way the background details are sketched, hinting rather than telling, which allows the two main characters to come into such deathly focus. The humdrum world in which the characters live their daily lives – one bored in her bed-sit, the other, older, in his marriage – is evoked with the barest of means, and the situation of the story – an illicit escape to a run-down, off-season beach town – is dispatched with tired, equivocal clarity in the very first paragraph: “Why am I going? Am I in love? No. One doesn’t question. In love with the situation. Hope of love. Out of boredom. A few days by the sea. A hotel.”

Quin’s most unsettling strategy for achieving this is the fluid way in which she uses pronouns. The reader is not allowed a fixed position within the story, or even from one sentence to the next. Take this snippet, again from A Double Room: “Three. Four mornings ahead of them. Already I’m thinking in the third person. Seeing us as another passenger might. But no one got in at the next station. He leaned over and took her hand. She looked out of the window.” The lack of demarcation is subtly but persistently disruptive, with different perspectives colliding across every full-stop.

Elsewhere, paragraphs break off mid-sentence. This kind of juncture, usually appearing when a “stream of consciousness” is in full flow, can be just as jarring. Sometimes, as in Ghostworm, it’s akin to drawing breath: “Something pulled down her neck. Just under hair. Hold me. Hold the tears that can’t come. You cried enough when

“Yes in the dark. A banshee wailing.”

Other breaks are more cavernous: “The mock histrionics where her father prostrated himself before me, dug his nose in the rug and moaned Look Si please do what I say give up Lucy and you’ll have an income of

“Plot can diminish in a forest of effects and accidents.”

The effect is like falling asleep without knowing it, waking up what seems a moment later only to find the world around you changed, the sky outside the window grown dark, the day gone.

In that respect, The Unmapped Country is an ideal title: Quin set off in search of unknown pleasures, a sensual experience of words and life both intimate and distant. What slight and elusive treasures she discovered there, what precious fragments.