Rainsongs by Sue Hubbard review: A pilgrimage during the Celtic Tiger 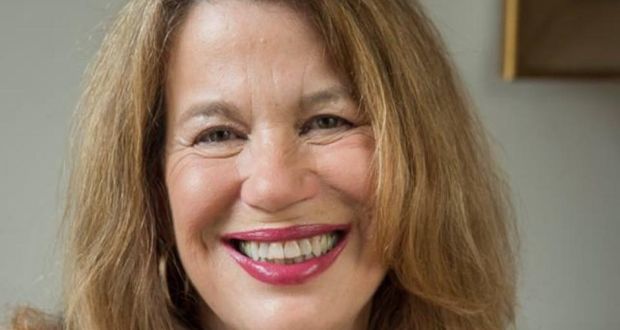 Sue Hubbard wasn’t kidding when she chose the title for this wool-soaked odyssey on the Iveragh peninsula – I could feel and smell the rain all the way through, and when the sun broke in now and then, I felt that too. This is a novel with many strands, but its primary preoccupation with the light and darkness inside every human being begins at the winter solstice.

A recently widowed English woman, Martha Cassidy, is driving in the dark, lost somewhere outside Cahirsiveen. Her husband, Brendan Cassidy, has died suddenly of a heart attack, and she is on her way to his remote summer cottage on the headland. The practical need to sort and pack up his things is clearly more than that. “Coming here forces her to accept his loss. This was always his place.”

As Martha contemplates her loneliness here at the end of the world with Skellig rock in her sight line, the medieval monks who survived on that rock symbolise faith in the face of darkness and privation. But Skellig also represents unfinished business for Martha, a trip that was never taken. The epigraph from Virginia Woolf’s To the Lighthouse at the beginning of Rainsongs points to many parallels between the two novels:

“‘Yes, of course, if it’s fine tomorrow’ said Mrs Ramsey, ‘but you’ll have to be up with the lark.’” When this quote is echoed by Martha later on, it sends a sharp shiver through the novel, heralding a deeper, more unbearable buried grief coming to the surface.

What deepens the loneliness at first is not only the memory of Brendan’s affair, which almost wrecked their marriage, but also a series of discoveries Martha makes in the cottage, revealing other aspects of Brendan’s life in Kerry hitherto unknown to Martha. And although these interests may seem outside his life’s work as an art historian, his special interest in the St Ives group of painters draws another parallel between Co Kerry and Cornwall. Martha wonders if it was not only his interest in his Irish heritage that drew him but also the similarities in both landscapes. “The grey-greens, the yellow gorse and dry stone walls, the surf gnawing away at the rugged cliffs.”

Hubbard’s precise descriptions of the physical landscape are tremendous and moving. There is a real sense of Kerry here, and Martha’s empathy with Irish people past and present permeates her solitary adventure. Her knowledge of Irish history and culture is impressive. Even when she uncharacteristically slips twice; using the word “crofters” or anachronistically imagining the sixth-century monks packing soda bread for a journey, it doesn’t jar because we know we’re seeing everything through the eye of an outsider – and an outsider who arrives at the height of the Celtic Tiger has much to see.

That is the other grief of the novel – the damage inflicted on an almost unspoiled landscape by the greed of property developers, principally personified in the novel by the unhappy, acquiring Eugene Riordan. When Martha attends Riordan’s ostentatious New Year's party, the shadow of epic property development seems to be falling across the land as relentlessly as Joyce’s snow in The Dead. Even Martha’s neighbour Paddy O’Connell, who lives on a small family farm, is threatened. The future of Ireland looks dark.

But the new year is not just a date in the calendar here. While Martha continues to sort through Brendan’s possessions at the cottage, she gets to know young local poet and musician, Colm Nolan, who represents a new generation and acts as a creative foil for Riordan’s unhappy emptiness. It’s clear that Riordan will never have his fill, but Martha makes her own small stand against his plans for a luxury spa facing Skellig rock.

Riordan seems unstoppable at this stage, yet the readers are aware of a dramatic irony: The financial crash is just around the corner. And so as everything begins to change again, we are reminded of the other epigraph to this novel, “Is beag an rud is buaine ná an duine” – The smallest of things outlives the human being. Change brings better weather in more than one sense and a symbolic pilgrimage to Skellig for Martha:

… on this remote rock, high among the clouds … She can feel the world breathing. The tide echoing inside her. In out, in out ... Who said: every story has a beginning, a middle and an end, just not necessarily in that order?