Helen Cullen: the literary letters I have loved the most 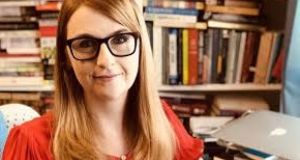 Helen Cullen: to my mind there has been no greater living letter writer than Virginia Woolf

It is no secret that I have spent an inordinate amount of time ruminating on the lost art, and power, of letter-writing. My debut novel, The Lost Letters of William Woolf, begins with an epigraph from a John Donne poem, “more than kisses, letters mingle souls” and what follows includes a collection of letters lost in transit that one man, William Woolf, must help along its way.

As a consequence of writing this book, readers often ask me now about the letters in literature that I have loved the most and share their own favourites with me. There is often, deservedly, talk of the goodbye letter in Michael Ondaatje’s The English Patient, the magnificent exchanges between Marquise de Merteuil and the Vicomte de Valmont in Pierre Choderlos de Laclos’ Dangerous Liaisons, Florentina’s 60-page-strong love letter to Fermina in Love in the Time of Cholera by Gabriel Garcia Marquez, and Celine’s letters to God in Alice Walker’s The Colour Purple.

There is an embarrassment of riches in literary letters, both in epistolary novels, and beyond, but what follows are those that always come first to my mind.

In Patti Smith’s incredible 2014 memoir, Just Kids, Patti lifts the veil on her life at the heart of the ’70s punk rock movement in New York City and her relationship with the renowned photographer, Robert Mapplethorpe. It includes a letter to Robert from Patti in which she says to him:

“Often as I lie awake I wonder if you are also lying awake. Are you in pain or feeling alone? You drew me from the darkest period of my young life, sharing with me the sacred mystery of what it is to be an artist.….The other afternoon, when you fell asleep on my shoulder, I drifted off, too. But before I did, it occurred to me looking around at all of your things and your work and going through years of work in my mind, that of all your work, you are still your most beautiful. The most beautiful work of all.”

Over a century before, Jane Austen was busy writing her series of unparalleled novels that all contained exemplary missives, utilising them frequently as one of her best perfected literary devices. It is always tempting to quote from Pride and Prejudice when Mr Darcy writes to Elizabeth, “Be not alarmed, Madam, on receiving this letter, by the apprehension of its containing any repetition of those sentiments, or renewal of those offers, which were last night so disgusting to you.”

The Austen letter that soars above all others for me, however, is the achingly poignant one written by Frederick Wentworth (perhaps the best of all Austen’s male characters) to Anne Elliott in Persuasion. Almost a decade after the teenage lovers were forced to break their engagement, Wentworth overhears Anne declaring how quickly men recover from affairs of the heart and is compelled to write to her:

“I can listen no longer in silence. I must speak to you by such means as are within my reach. You pierce my soul. I am half agony, half hope. Tell me not that I am too late, that such precious feelings are gone for ever. I offer myself to you again with a heart even more your own than when you almost broke it, eight years and a half ago. Dare not say that man forgets sooner than woman, that his love has an earlier death. I have loved none but you. Unjust I may have been, weak and resentful I have been, but never inconstant. You alone have brought me to Bath. For you alone, I think and plan.”

In Atonement, Ian McEwan exemplifies how powerfully letters, and in particular a purloined letter, can drive the narrative of a novel and alter the course of history with a few carefully crafted words: “In my thoughts I make love to you all day long.” When the naïve young Briony reads Robbie’s impulsive, uncensored letter to her sister Celine, their lives are forever altered. Letters are integral to the unfolding of their family narrative and more than this, the novel itself is essentially one long confessional letter from Briony to the lovers.

Niall Williams’ seminal work of Irish literature, Four Letters of Love, stirred millions of readers across the world and recently I discovered why. In this lyrical, very particularly Irish love story, the letters written by Nicholas Coughlan to Isabel Gore are a testament to the stubborn optimism of the human heart. Nicholas writes: “I write these words to feel your eyes reading them. To feel in that way at least I am touching you and we are linked in the flickering of each letter as I write it down and you gather it up. But I want more.” In its perfect simplicity though, the only love letter that Margaret Gore ever wrote is the one that stayed with me:

Take me away with you.

To my mind there has been no greater living letter writer than Virginia Woolf; the collections of her correspondence are evergreen in the gifts they offer us. The letter I close with, however, is not one written by Virginia but rather to her. From the pen of her lover, Vita Sackville-West, it is this letter of love that has become the standard for me by which all other letters are measured and become pale in comparison.

I am reduced to a thing that wants Virginia. I composed a beautiful letter to you in the sleepless nightmare hours of the night, and it has all gone: I just miss you, in a quite simple desperate human way. You, with all your un-dumb letters, would never write so elementary phrase as that; perhaps you wouldn’t even feel it. And yet I believe you’ll be sensible of a little gap. But you’d clothe it in so exquisite a phrase that it would lose a little of its reality. Whereas with me it is quite stark: I miss you even more than I could have believed; and I was prepared to miss you a good deal. So this letter is just really a squeal of pain. It is incredible how essential to me you have become. I suppose you are accustomed to people saying these things. Damn you, spoilt creature; I shan’t make you love me any the more by giving myself away like this?-?But oh my dear, I can’t be clever and stand-offish with you: I love you too much for that. Too truly. You have no idea how stand-offish I can be with people I don’t love. I have brought it to a fine art. But you have broken down my defences. And I don’t really resent it …

Please forgive me for writing such a miserable letter.
V.