The Clothesline Swing review: Striking account of growing up gay in Syria 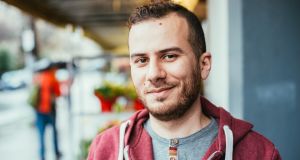 Giving minority writers a platform to tell their stories is integral to good publishing and the traditional industry is slowly catching up with literary journals, independent publishers and the many online forums that have brought previously marginalised voices global acclaim over the past few decades.

While individual writers are doing their bit – author Kit de Waal recently crowdfunded and edited Common People, an anthology of working-class writers also reviewed in The Irish Times this week – the bigger names in publishing also have initiatives. Penguin Random House, for example, launched the WriteNow scheme in 2016, which aims to find and publish new underrepresented writers. Targeted groups include writers from socio-economically marginalised backgrounds, writers from LGBTQ and BAME communities, and writers with a disability.

This week’s debut is to be commended for bringing a lesser-known voice to the world, that of a gay Syrian refugee who tells the story of his life in a Scheherazade bid to keep his terminally ill lover alive. Ahmad Danny Ramadan’s The Clothesline Swing is a story of war, trauma, loss and love, inspired by the narratives of the Syrian refugee experience. Ramadan is a Syrian-Canadian author, public speaker, storyteller and an LGBTQ-refugee activist. His novel was published to acclaim in Canada in 2017, winning the Independent Publisher Gold Medal for LGBT Fiction, and shortlisted for the Lambda Award for Gay Fiction.

An epigraph from Gabriel García Márquez’s One Hundred Years of Solitude fittingly includes the central theme of Ramadan’s stories, namely “the crushing weight of so much past”. In Vancouver, Hakawati, the Arabic word for storyteller, tells tales of war and leaving home, his childhood in Damascus, his family’s violent reaction to his homosexuality, and his various ex-lovers. The novel reads at times like a confused collection of stories as Hakawati also flits between the lives and stories of his friends – with jarring issues of time and sequencing.

Compounding the problem is a device that sees him not only tell the stories to his dying lover but also to Death, a hackneyed figure who looms large over the narrative. With so many competing stories, Hakawati never goes deep enough into the lives of the people he seeks to champion. Despite chapter titles that break up the text, the flow is off, with issues of tense and time drawing us out of the fiction. Characters shuffle on and off the stage – old high school friends, gay friends, wives of former lovers – too fleetingly for us to fully care about them. A whirlwind of locations – Syria, Egypt, Canada, Turkey, Lebanon – adds to the problem, as does Hakawati’s tendency to direct the reader: “The shadow of Samer, eager to please, starts telling his story.”

But along the way there are moments and scenes of intense clarity and poignancy that will stop readers in their tracks and allow us to learn much about the cruelties of life in far-flung lands.

Every so often, Ramadan stuns the reader with a description of war or violence

In Damascus, as a young man, the narrator tells his father that he’s gay: “He slammed me on the ground and called me a louti, a faggot. ‘I raised a man,’ he said. ‘You’re not my son. You’re not a man.’ My father punched me in the face, dislodging one of my teeth.” A brutal community effort follows to force the narrator into an arranged marriage. It is a tragically frequent occurrence – for both women and men in the book – the theft of an individual’s sexuality, identity, happiness by some zealous collective. That the collective is usually made up of loved ones only deepens the hurt and betrayal. Unhappy legacies are also explored from a personal standpoint, through Hakawati’s embittered relationship with his depressed, isolated mother. The question is succinctly phrased: “How to escape your own DNA?”

Every so often, Ramadan stuns the reader with a description of war or violence. Out partying for the night in Syria, the fun is interrupted: “Then, like a giant bird that had given up on flying, a body smashed into the ground right next to us. Her hand froze mid-wave, your eyes widened, and the taxi driver cursed as the blood hit the side of his car and his face. I looked in horror upon the body of Maryam’s brother, his head twisted in an impossible turn, his knee exploded and the bones of his lower left leg penetrating his thigh. His feet were arched, and his fingers were twitching. In his arms, he held a white pillow.”

Although Ramadan does not sustain this level of prose elsewhere, which may be a factor of translation – “The beatings from your husband should taste like raisins in your mouth” – there is enough within the covers to understand the book’s value and various accolades. Unlike its premise, The Clothesline Swing is not a book with Scheherazade charms, but rather a testament to the troubles endured by a beleaguered minority.