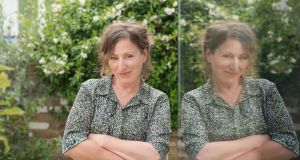 Nina Stibbe: “I have always wanted a pig – my own Empress of Blandings – and now I shall have two.”

Reasons to be Cheerful by Nina Stibbe, the third and final entry in her semi-autobiographical trilogy, has won the 2019 Bollinger Everyman Wodehouse Prize for Comic Fiction.

Stibbe was shortlisted for the prize in 2015 with Man at the Helm and again in 2017 for Paradise Lodge.

Stibbe is best known for her epistolary memoir, Love Nina, the first of the trilogy, which won Non-Fiction Book of the Year at the UK’s National Book Awards in 2014 and was adapted by Nick Hornby for a BBC television series starring Faye Marsay and Helena Bonham-Carter.

The prize was withheld in 2018 because the submissions did not make the panel unanimously laugh out loud. As a result, Stibbe will be awarded an extra special rollover prize of a methuselah of Bollinger Special Cuvée, along with a case, two rare breed pigs named after their winning novel and a complete set of the Everyman’s Library collection of PG Wodehouse books. She joins 19 previous winners including Helen Fielding, Howard Jacobson, Marina Lewycka, Terry Pratchett, Hannah Rothschild and Will Self.

David Campbell, judge and publisher of Everyman’s Library, said: “With Reasons to be Cheerful Nina Stibbe has written a comic tour de force. We withheld the prize in 2018 and so were eager to find a book this year that would make each of the judges laugh out loud. Nina Stibbe has achieved that with aplomb. Reasons to be Cheerful is a moving and funny pitch-perfect romp that takes us back to the 1980s, which serves as a fitting tribute to the inimitable PG Wodehouse.”

Stibbe said: “I have always wanted a pig – my own Empress of Blandings – and now I shall have two. I’m overjoyed to have been awarded the Bollinger Everyman Wodehouse prize. To win against such talented competition, to be honoured with the pigs and to go home with a family-sized bottle of Bolly, and the complete works of Wodehouse is a dream come true for any writer.”

The five other titles on the shortlist were: Vacuum in the Dark by Jen Beagin; In at the Deep End by Kate Davies; Charlie Savage by Roddy Doyle; Old Baggage by Lissa Evans; and Francis Plug: Writer in Residence by Paul Ewen.

Helen Cullen, reviewing the winner for The Irish Times, wrote: “Stibbe is one of the great comic writers of our time... Comparisons to Sue Townsend, PG Wodehouse, Barbara Pym and Jane Austen are not unfounded, for her particular style of comedic writing is executed with great literary confidence. Here is a woman in complete control of her craft.”

In Reasons to be Cheerful it is 1980 and Lizzie Vogel is 18 years old. She is about to embark on the first major step of grown-up life as she moves from the sheltered village existence of her family home and out into the big, wide, metropolis that is Leicester. Slowly it dawns on Lizzie that the area in which she has most to learn is life: in taking those first wobbly steps to independence, in falling in love, in navigating the ups and downs of adulthood (and her mother’s new career as a novelist) and, most importantly, in staying cheerful through it all.

The prize faced controversy last year when bestselling author Marian Keyes accused judges of a “sexist imbalance” in the prize, which has only been awarded three times in its 18 years to women writers, after she failed to make the shortlist. This year’s shortlist features four women.

“Say what you like about me, but my books are funny,” said Keyes. “What more can I do to qualify? Things that women love are just automatically dismissed as frivolous nonsense. Football could be considered as frivolous nonsense but it’s treated as hard news in the newspapers. So I think by giving the men the prizes, it just reinforces that the men are more important.”