Gundar-Goshen’s third novel, the language we speak and motherhood through the ages 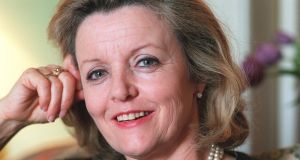 Polly Devlin
Pimpernel Press, £10.99
Originally from Ardboe, Polly Devlin has had a rich life in arts and letters, and she has taken many a road from the Tyrone village: London, New York, Paris, to name a few. This collection breezes nonchalantly through these differing worlds (with plenty more in between) and Devlin – who often pens lines of real beauty – reads best when writing about the countryside, nature and her home place, subjects her heart cleaves to. Also included are affectionate sketches of friends including Nuala O’Faolain and her brother-in-law Seamus Heaney, which ring with truth and tenderness. Other pieces feel slight, though, too chatty; with a gilded air that perhaps comes instinctively from having a long career at Vogue magazine, names are dropped as readily as last season’s garb (I realise this is what some readers desire, of course).

Overall, the essays are mixed in quality: Devlin delivers, but in doses too small. Essay collections should also exude style from both the writer and the pages in hand, and the publisher’s poor choice of fonts and formatting here will disappoint any eye as keen as the author’s. NJ McGarrigle

Ayelet Gundar-Goshen
Pushkin Press, £12.99
Nofar works in an ice-cream parlour during a monotonous summer until a misunderstanding offers her change, notoriety and the possibility of a new life. But not everyone believes she’s telling the truth.

There’s a deliciously enticing darkness at the heart of Gundar-Goshen’s third novel. The moral ambiguities woven so seamlessly into a plot that thrills at every twist and turn force the reader to constantly question the nature of their engagement with the novel’s teenage protagonist. Her actions are fundamentally influenced by her desire to escape the life she is leading but she is ultimately a teenage girl, overwhelmed by the consequences of a mistake. She is beautifully written with an emotional depth that resonates within the novel’s larger explorations of right and wrong, social justice and celebrity culture.

Sondra Silverston’s translation is deft and assured and seems to capture the visceral lyricism of Gundar-Goshen’s original prose. A complex and demanding novel, Liar not only pushes at the boundaries of what individuals are prepared to believe, it also questions the nature of truth itself. Becky Long

Talk on the Wild Side

Two broad schools of thought about language exist: “descriptivism”, a scientific, scholarly approach, and “prescriptivism”, an active, from within, trying-to-dictate approach. The latter’s proponents are sticklers for rules and this book is aimed mainly at them, telling them not to worry about the health of the language. English is a “wild animal”, well adapted and well capable of survival – it won’t be tamed as they want to tame it. Language can never fully shed its wild nature because it evolved to be useful, not perfect. The book’s seven chapters explore ways in which the tamers have sought to control language. How language changes over time, shedding parts of words and then refitting them, while still remaining sturdy is considered, as are machines for translating and the ambitious – but unsuccessful – efforts to create languages such as Esperanto and Loglan/Lojban that are logical and unambiguous. The discussion of political language and methods of persuasion in the age of Brexit and Trump has worthwhile insights on Orwell and Lakoff. An enjoyable, informative and persuasive read. Brian Maye

Sarah Knott
Viking Penguin Random House, £14.99
“Cleaning, feeding, sleeping, not sleeping, providing, being interrupted, passing back and forth. These make up the visceral ongoingness, the blood and guts of being ‘with child’.” In Mother, An Unconventional History, Sarah Knott explores the journey of motherhood by crossing centuries and cultural boundaries.

Knott’s ability to incorporate her own experiences with snippets of history illustrates her skill as both writer and historian. The book chronicles the stages of motherhood from conception, miscarriage, pregnancy, and birth to the depths of night-time feeds, and woes of parenthood. She includes narratives from a diverse collection of mothers, from transgender, lesbian, and working-class mothers to black, native peoples, and “other mothers”.

She gives voice to a lesbian mother in the 1970s, Cherokee women of the 18th century, enslaved mothers on plantations, the wife of a Scottish linen draper who in 1776 “was impregnated with the aid of a warm syringe”, as well as renowned writers and the Victorian middle class. She takes works of art, personal reflections, interviews, and historical record and boils them into a single, contrasting, yet unified narrative of motherhood.