Plus the return of Sara Gran’s brilliant Claire DeWitt and new thrills from Sophie Hannah, Jean-Claude Izzo and Ace Atkins 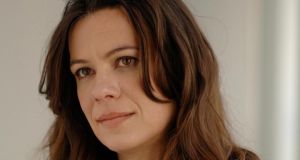 The best news of the crime fiction season is that Claire DeWitt, Sara Gran’s irresistible private detective, is back in a much-anticipated new adventure, The Infinite Blacktop (Faber, £14.99). Cutting between 2011, where the mystery DeWitt must solve is that of her own attempted murder, and 1999, where she plunges deep into a Ross Macdonald-like cold case involving love and rivalry among missing and dead artists, The Infinite Blacktop is as idiosyncratic, delirious and beguiling as its predecessors. Of course, DeWitt has been a detective since she was nine and a working PI since she was 12, alongside her friends Tracy and Kelly, the three in thrall to teen sleuth and girl detective Cynthia Silverton, star of her own mystery digest, and to French genius and visionary Jacques Silette, author of the brilliant and maddening Détection, whose 123 pages “offered us 123 different doors to the same place: each door locked, each ready to be picked open if you worked hard enough”.

Gran’s heady mix of classic noir, prodigious alcohol and narcotic ingestion and mystical self-exploration has flavours of Murakami, the Pynchon of Inherent Vice and Altman’s The Long Goodbye, but it is very much her own distinctive blend, and most importantly for this reader, it never dwindles into pastiche or post-modern trickery. As with all great crime fiction, these books rely on the voice of their detective, and DeWitt is the most reliably unreliable everywoman there is, vulnerable, violent, disingenuous, drunk, high, sexually reckless, vengeful, forgiving, wise, witty and full of heart. I would go with her anywhere. I hope we get the chance to go back to Brooklyn for the fourth and final instalment, as we were promised five years ago. In the meantime, The Infinite Blacktop will go with you and be your delightfully unpredictable guide.

What is Snap doing on the Booker longlist? Perhaps we should just acknowledge that the ways of book-prize juries passeth all understanding

There is not a great deal wrong with Belinda Bauer’s Snap (Black Swan, £7.99), especially when the focus is on 14-year-old Jack and his younger sisters, whose pregnant mother was murdered three years ago and whose grief-sodden father has more recently abandoned them. They live in a house stacked with the newspapers that once were full of their mother’s murder, and now symbolise an oblique sense of family continuity. These scenes have a macabre intensity, and on their own could be the foundation for an arresting YA novel. But the contrived plot that surrounds them, featuring another pregnant mother being stalked, a set of wilfully quirky detectives and a unique handmade knife, all rendered in a crisp, flavourless prose, is enjoyable enough but leaves not a trace behind. What Snap is doing on the Booker prize longlist is another matter entirely. I can think of crime novels in the past couple of years I’d have been happy to see in that position: Slow Horses, Darktown, Wilde Lake, Little Deaths and Before The Fall come to mind. But these are books steeped in what Dennis Lehane has called “the other stuff”: an eloquent attention to language, to character and to their fictional world that elevates them above the ordinary. I can think of a recent novel by a crime writer – he, John Connolly’s fictional biography of Stan Laurel – that would have sat more than comfortably on the shortlist. But perhaps we should just acknowledge that the ways of book prize juries are mysterious indeed, and passeth all understanding.

Another mystery, and one considerably more diverting than The Mystery of Three Quarters (Harper Collins, £18.99), is why Sophie Hannah, a novelist of dazzling psychological insight and a deft caster of spellbinding twists and turns, has chosen to pitch her Hercule Poirot reboots in Christie’s cosiest mode and to privilege crossword puzzle-style plots over character and, in particular, atmosphere. The Mystery of the Three Quarters is perfectly well-executed early 1930s pastiche, replete with anonymous letters, a minor public school, a grandfather drowned in the bath, an altered will, a just-as-dim Hastings stand-in, Inspector Edward Catchpoole (why?), and a round-table denouement that takes up the (missing) fourth quarter of the book. All of this is presented with an overlay of laboriously arch Good Humour that reads as if imported from a feeble stage comedy of the period. It’s most peculiar, because if there was ever a writer to emulate Agatha Christie in what might be called her Du Maurier mode, imbuing the classic English detective story with a brooding Gothic undertone in complex, unsettling books like The Hollow, Endless Night and Crooked House, it is Sophie Hannah.

Political, sensual, hard-boiled and romantic, Chourmo, by Jean-Claude Izzo, is a vital tonic for these dog days

As the days dwindle down to a precious few, it’s good for morale to read a book that opens with our detective, Fabio Montale, looking out at a beautiful dark blue autumn sea, dipping bread in anchovy purée and drinking a delicious Provençal rosé – in the morning. Chourmo (Europa Editions, £11.99) is the second book in Jean-Claude Izzo’s Marseilles Trilogy. Originally published in 1996, Izzo, who died in 2000, is considered one of the pioneering voices in Mediterranean Noir; he was also a food writer, and the many vivid encounters with food and drink, and the chefs and bartenders who provide them, add considerably to the pleasure of this immensely enjoyable book. Montale has left a police force marred by racism and greed, but is drawn back to the meanest streets of Marseilles when his cousin’s son goes missing. The action is frantic and violent; the plot is complex, embracing Islamist extremism and municipal corruption, but there is always time to stop for a cigarette and a bottle of beer or pastis or Lagavulin, and to engage in some nostalgic reverie or existential speculation (these passages possibly read more coherently in French). Chourmo is a Provençal word derived from the rowers in a galley: the chourmo spirit invites you to mingle, to get involved in each other’s business; you’re all in the same galley, trying to get out, together. Political, sensual, hard-boiled and romantic, Chourmo is a vital tonic for these dog days.

The Sinners (Corsair, £14.99) is the eighth Quinn Colson thriller by Ace Atkins, and it is as wild a ride as the previous seven. The plot pivots around the Pritchards, Tibbehah County’s own pot-dealing rednecks, and their unwise attempt to step up in class and compete with a sinister Gulf Coast syndicate (called Sutpen, Faulkner fans). Superbly structured and paced, with as absorbing a set of terrible humans as you could wish for and, in Quinn Colson, a truly engaging and attractive hero, The Sinners enacts in miniature a tragicomic pageant of Trump’s America, with Colson’s sister Caddy (Faulkner again) running a food bank, Quinn enforcing immigrants’ rights and Supervisor Skinner (who rode to the Election Day count on a horse) hugger mugger with US Immigration and Customs Enforcement (ICE) and dreaming of how the town looked when he was a boy. Did I mention it’s dedicated to Burt Reynolds? What more do you want?