Nuala O’Connor and Wendy Erskine on their new books, and the centenary of a classic 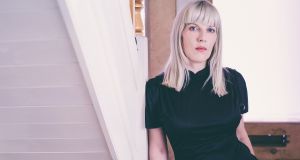 In this Saturday’s Irish Times books pages, authors Nuala O’Connor and Wendy Erskine discuss their new books, Becoming Belle and Sweet Home respectively. The centenary of the publication of The Valley of the Squinting Windows is marked by Eamon Maher’s profile of its author Brinsley MacNamara.

Patrick McCabe is this week’s On My Radar subject. The writer discusses Stewart Lee, Montreal and why Twin Peaks: The Return is “the greatest artwork of the 21st century”.

Our review highlights include Anne Enright on Normal People by Sally Rooney; Anna Carey on Silence of the Girls by Pat Barker; Sarah Gilmartin on Astroturf by Matthew Sperling; John Allen on The Hurlers by Paul Rouse; Caroline O’Donoghue on Rise by Gina Miller; Liam McIlvanney on Irish Crime Writing by Brian Cliff; Seán Hewitt on The End by Karl Ove Knausgaard; Andrew Gallix on Who’s Who When Everyone is Someone Else by CD Rose ; Chris Kissane on The Rise and Fall of the British Nation: A Twentieth-Century History by David Edgerton; Eoin Ó Broin on A Festschrift for Anthony Coughlan; Claire Hennessy on the best new YA fiction; Julie Parsons on The Sea, The Sea by Iris Murdoch; and a new poem by The Well editor Sarah Byrne.