Britain made us ashamed of our ‘peasant’ and ‘uncivilised’ beliefs

For a land steeped in myth, folk tales are hardly reflected in our contemporary novels 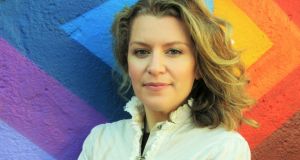 Evie Gaughan: our fairytales and our folklore are important because they give us a sense of ourselves and where we come from

“Someday you will be old enough to start reading fairytales again,” CS Lewis once wrote of our enduring relationship with this most enchanting of genres. Fairytales are often our first experience of reading and wrap around us like an old winter coat belonging to childhood. In recent years, the appetite for grown-up fairytales in literature has grown significantly. Whether for pure escapism or a longing to connect with something ancient and timeless, readers are constantly drawn back to that universal form of storytelling that begins with, “Once upon a time…”

Writers like Neil Gaiman, Joanne Harris and Alice Hoffman have long been weaving folklore and magical realism with contemporary fiction, for a dedicated readership of all ages. And with every new generation of writers, we seek to reinterpret our most beloved and earliest form of literature. We are all told to outgrow them, yet fairytales were originally intended for an adult audience, dealing with darker themes that were less concerned with morality than their Disneyfied counterparts. There is a growing trend in contemporary fiction to not only retell, but reinvent the traditional fairytale. Fresh and original voices like Eowyn Ivey, author of The Snow Child, Su Bristow’s Sealskin and Zoe Gilbert, whose new book Folk also champions a new wave of adult fairytale. These books are full of Russian and German folktales, Scottish myths and legends, Norse mythology and even some Irish changelings.

But what about modern Irish fiction?

For a land steeped in myth, folklore and fairy faith, it doesn’t seem to be reflected in our contemporary novels, which are largely based in realism. Which begs the question, did the Celtic imagination die out with rural electrification? Or is it that, in an effort to be taken seriously on the literary landscape, we have hidden all of our fairy stories under the bed?

Just last year, Unesco included the Irish Folklore Commission Collection 1935-1970 in its “Memory Of The World” programme. The collection, which is made up of thousands of hours of recordings, photographs, film footage and manuscripts of interviews and storytelling, showed great vision on the part of our fledging state and was in no doubt inspired by the Celtic Revival. Described as having “world significance” and “outstanding universal value to culture” this unique collection of our oral traditions has been quietly guarding its secrets in UCD, while the wider population remains largely ignorant of its existence.

It could be argued that we’re a little bit self-conscious about the whole fairy thing. Hollywood made a mockery of us with their twee depictions of leprechauns, rainbows and shillelaghs, and yet these are the aesthetics that now make up the plastic culture of our national day. While America’s mistakes may have been benign, Britain’s dismissal of Irish culture was unmistakably malignant. Under British rule, we were made to feel ashamed of our “peasant” beliefs and ‘uncivilised’ traditions, so it’s not surprising that we wanted to shake off that old mantle and be taken more seriously. But isn’t it time we reclaimed our own stories and stopped being defined by others?

When people ask me what my new book, The Story Collector, is about, I’m hesitant to mention the “F” word. Irish people tend to have such an “on again, off again” relationship with The Good People, yet my book was inspired by an American anthropologist, WY Evans Wentz, who came to Ireland in the early 1900s to complete his thesis on the Celtic Fairy Faith. Inspired by the poets George William Russell and WB Yeats, two enthusiastic disciples of the fairy faith, he tried to shine a sympathetic light on ancient beliefs using modern scientific analysis. He was determined to undo the belief that the term fairy was “a synonym for something fanciful, non-real, absurd”. I had stumbled across an article about his visit, (which is usually how these things happen), and immediately lost it, (which is also how things tend to go for writers). But the story wouldn’t leave me, and I was later to find his book waiting for me in my local bookshop, Charlie Byrne’s. Again, it was the power of an outsider giving value to our indigenous beliefs that struck me. Sometimes we are blind to the treasures that lie underfoot.

To prove my point, I recently found myself at the entrance to the Otherworld – yes, the Otherworld, at the edge of a field in Co Roscommon. There were no crowds, no queues, just an audience of mildly curious sheep. As part of the royal site at Rathcroghan, Oweynagat has been described as a crack in the floor of time, and yet we’re allowing these magical places of historical and cultural significance to go unnoticed and worse, unheralded.

Folklore was a very natural part of my childhood; I knew all about fairy rings, the foreboding wails of the banshee and the significance of rag trees and holy wells. Celtic mysticism is rooted in our landscape, but as the modern world encroaches on our wild environment, we are being cut off from the natural affinity we once had with that hidden realm that lies just beyond the horizon. But not completely. As the Irish poet Nuala Ní Dhomhnaill once wrote, “The myth of the end of myth-making is the worst myth of all; it means that the unconscious has finally been cut off and is irretrievable.”

So, either bravely or stupidly, I began to coax fairytales into my fiction and wrote a story that crosses the threshold between the real and the imaginary, the seen and the unseen. Inspired by all of the story collectors who have gone before me, I wanted to write a book honouring our past, without resorting to, as film director and novelist Guillermo Del Toro put it, “positive and cute and twinkly” stereotypes. The book became something of a magnet for stories, as all sorts of weird and wonderful annecdotes, beliefs and superstitions, found their way to me. Slowly, I gathered all of these elusive threads and began creating a rich tapestry of tales, embroidered with half-remembered piseogs and well-worn traditions. That was the real discovery I made while writing The Story Collector; everyone has an old tale, a piece of a story they once heard or a legend that has been passed down through their family like an heirloom, only to be brought out on special occasions.

This is why our fairytales and our folklore are important because they give us a sense of ourselves and where we come from, with a narrative that excites the imagination. They are a living, breathing part of our culture that are meant to be told, not left to gather dust under lock and key. We need new seanachaí – artists, writers, musicians to make them relevant for a new generation. Even hashtags like #FolkloreThursday on Twitter are introducing a whole new audience to these ancient tales. We are old enough to start believing again, or at the very least, we are at the age where we want to start believing again, and maybe that’s close enough.
The Story Collector by Evie Gaughan is publioshed by Urbane Publications on June 14th