‘Of Sea and Sand’ by Denyse Woods review: Supernaturally good 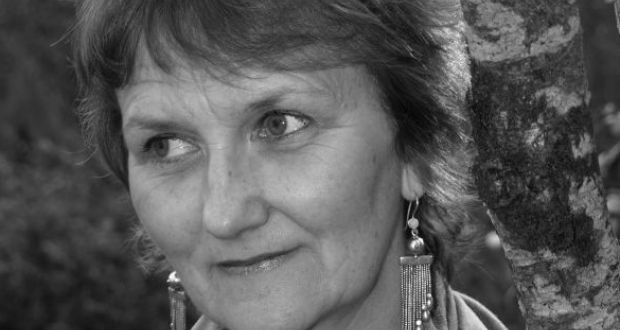 Denyse Woods: an Irish writer who knows the world

Book Title:
Of Sea and Sand

Fiction about the interaction of human and supernatural beings generally falls either into the category of pure fantasy or magic realism. Novels written in the mode of realism but incorporating elements of the supernatural risk being whimsical; they often strike a false note and are, therefore, ultimately boring to the intelligent reader. Denyse Woods has succeeded in writing a largely realistic novel about supernatural beings and humans that is convincing, informative, and completely engaging. The easiest way to make stories about, say, fairies, work is to make it clear that the supernatural is metaphorical; the fairies are projections of psychological states, or simply metaphors for emotional reality (this is how I would deal with them in my fiction, since I am convinced that all supernatural beings are creations of the human imagination, a very powerful phenomenon).

Woods, whatever her own stance, manages to write a novel in which the “reality” or other of the supernatural beings is left ambiguous. She leaves it up to the reader to decide. It’s quite an achievement.

The novel, located mainly in Muscat in Oman (on the Persian Gulf, bordering Saudi Arabia), and partly in Iraq during the reign of Saddam Hussein, and in west Cork. The main characters are two Cork people, whose stories are separate. Gabriel goes to Oman in the 1980s to get over a crime, the nature of which is not revealed until towards the end of the novel; Thea emigrates to Iraq in the 1980s in a spirit of exploration and adventure. Both characters meet in the final section of the novel, set in recent times, and mainly located in the desert areas of Oman.

Gabriel encounters a woman whom he calls – rather oddly, and presumably humorously – Prudence, whom nobody else can see. He has a passionate relationship with her. Prudence is a jinn – a sort of fairy. There is much discussion – perhaps a little too much – in the novel about the reality of the jinn or otherwise, and plenty of comparative folklore analysis: the jinn is compared to the Irish fairies (Gabriel’s jinn is very like the mermaids of Irish tradition, in her habits if not her habitat). Meanwhile Thea, in Iraq, falls for a real person, the manager of the hotel where she stays in war-torn Baghdad. Unfortunately he’s married. For various reasons the relationship ends, Thea goes back to Cork and marries an Irish man, also a real human. Eventually, by chance, Thea and Gabriel meet in Oman and at this point reality and illusion, human and supernatural, overlap again.

A great strength of the novel is its sense of place. There is a current trend in fiction to downplay setting, even to blot it out, and allow characters to dominate totally, and this has some validity as a technique. But Denyse Woods does the opposite; she glories in location, which of course has the advantage for us of being exotic. Far from getting in the way of her theme, they are part of it – landscape and folk belief are always inextricably mixed, and so indeed is human life and place. She acknowledges and celebrates this in many fascinating descriptions:

“Chocolate-coloured mountains rimmed Muscat – a wall encasing him. His own chosen prison wall. Sea on one side, mountains on the other. Beyond, he knew, was desert … These arrogant hills would not contain him for long. In the desert, he might find his real thoughts …’

The novel is unusual these days in another way. Its style is rather formal. We have become so accustomed to “voicy” fiction, told in chatty, colloquial tones that straightforward literary English can come across as old-fashioned. This is probably Denyse Woods’s true writing voice, however, and it serves this novel well. It is an engaging, unusual, and thought-provoking book, by an Irish writer who knows the world.