All the Lives We Never Lived review: A paean to motherhood and loss in India 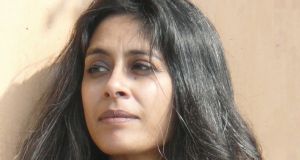 Anuradha Roy has written a meditation on history itself

Book Title:
All the Lives We Never Lived

Part way through Anuradha Roy’s new novel, All the Lives We Never Lived, the old narrator, Myshkin Chand Rozario, whose life story forms the basis of this poetic, elegiac work, turns to the reader and reflects on the process of narration: “Just as our feet shape new shoes for themselves so that in time they stop hurting, I have shaped my past for myself. It fits me well enough now, I can live in it. It is a shell into which I can retreat without fear of injury. I do not want to change it for a new version of the past.”

Just so, Roy opens up the core of this questioning and subtle book, which ranges through freedom, nationalism and ecology, but is really a meditation on history itself. By reopening history, Roy shows us how we can remake ourselves, can see ourselves as malleable once more. Now old, Myshkin takes us back through his childhood in Muntazir, a town where buildings poke out between orchards of mango, lychee and custard apple, where silk cotton trees turn the streets scarlet in springtime and mustard turns the fields gold in winter.

These early years are related with a lightness of touch and a sensuousness that captures all the fraught emotions of childhood, with the world of adults just out of reach, and with a nostalgia that only reinforces the coming years of guilt and rejection. Roy’s eye is tender, and observes detail in a way that also speaks subtly to the changes ahead. At one point Myshkin’s grandmother hands him a rupee note, and he tells us: “It was still warm from being stored against her old skin, it felt as if I was touching her.” Such tenderness, such security, is soon to be snatched away, as the world of his family home, of India, and indeed the world, is broken apart.

Myshkin’s mother, Gayatri, is at the heart of this novel’s elegiac tone; at once a source of anger and a painful reminder of lost love. One day a handsome German artist, Walter Spies, appears swimming naked in the river, and announces that he has come looking for Gayatri, whom he had met years before in Bali. Another arrival, Beryl de Zoete, brings avant-garde dance to the small Indian town. Both of these visitors captivate Gayatri. Myshkin’s mother is beautiful, creative, with a core of rebelliousness, whereas his father is conservative, domineering, unable to see the correlation between national freedom and the freedom of the nation’s women. One day, Gayatri leaves the home abruptly, sending Myshkin’s world into disarray.

In this way the national drama of Indian independence, set against the backdrop of growing tensions in the Europe of the late 1930s, finds a connection in the anguish at home. Over time, the pressures of the global political situation start to become apparent, and the local and global seep into each other. There are prisoners of war (“we had never seen white people so abject”), there is the incipient tension of pre-independence India (“we have on our hands a monumental battle”), and against it all an ecological consciousness that is both tender and moving. Above all, there is the constant emphasis on an increasingly interconnected world. As Myshkin’s grandfather tells Spies, “Nobody is oceans away from anything… The world is round and oceans meet”.

Above all this, however, Roy’s novel is a paean to motherhood, to loss, to the ways in which we grow and the way a life is shaped and can be unshaped. For Myshkin, writing is essential to reclaiming history, both personal and national. His mother is “present in every detail and yet imprisoned in a different element, unreachable”. The scope of All the Lives We Never Lived is vast but also personal, both in temporal and geographical terms. It manages to retain a closely observed and restrained tone without omitting all of the outside factors that shape a person. Part of the joy of the novel is Myshkin’s narratorial strategy itself, a flowing, somewhat unreliable elegy, which challenges the certitudes of memory, history and nation. As Myshkin reflects, summarising in a way the fluid textures of Roy’s novel, and hinting at the ways in which Roy allows history to unsettle our closely held myths, “Our memories come to us as images, feelings, glimpses, sometimes fleshed out, sometimes in outline. Time solidifies as well as dissolves.”