Let’s rework the idea of our ‘best self’

The ‘best’ self has no time for the lonely. It is the more subdued self who listens and feels 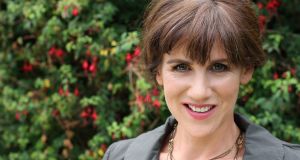 Emily Hourican: There is a self still heart-broken by grief, who recognises this in other people and responds to it. Surely that self is valuable too?

The problem is, what does that actually mean?

This, for me, is where it all gets a little bit thorny.

There is something in me that bristles at the idea of always being my ‘best’ self. Partly, because the idea is exhausting, and makes me think I’d be some kind of Tony Robbins type, filling rooms with whooping, high-fiving masters-of-the-universe-in-waiting. But also, it feels false – no life is led on a single note. We are, all of us, symphonies of good, bad, indifferent; a bit tired, a bit lazy, a bit giddy, sometimes great. That’s life. That’s the way it works. I don’t need to start reciting ancient Chinese proverbs to demonstrate that this is how it’s always been – for every ying a yang. And if we don’t accept that, we are going to be disappointed. Expecting to be always at your best is only setting yourself up for failure.

But, too, I suspect the very idea of my ‘best’, because I think it usually means my most high-achieving self. My most decisive, demanding, dynamic self. Yes, I have those days – we all do – when the challenges around us feel like a row of dominos to be knocked flat one by one: slam, slam, slam; job done.

That self gets a lot done. Has productive meetings, makes smart decisions, ticks off everything on the to-do list and goes to bed feeling she has had a good day. She’s quite impressive, that best self. But, she’s also erratic and sometimes goes into hiding for days, weeks, even months at a time.

She is also, I suspect, a bit selfish. A bit ‘me-me-me!’ My ‘best’ self is very concerned with career progression and achievement. I’m not sure she pays all that much attention to the quieter needs of others. And therefore, I am wary of always being that version of myself.

So, who is running the show when my best self isn’t around? There are a variety of other options, and some of them are not, ostensibly, much at all. These selves can be tired, irritable, unfocussed. They can also be sad, dispirited, mournful. There is a self that emerges every once in a while that doesn’t want to get out of bed in the mornings, because getting up means having to accept all the burdens of everyday life: the responsibilities to children, colleagues, family, friends. Shopping, cooking, working, paying bills, those things that can build up and up until they feel overwhelming.

That self is nothing to write home about in terms of ‘getting stuff done’. But, that is perhaps the self that has the most kinship with other people who feel miserable and hopeless. The ‘best’ self has no time for the sad and lonely. She’s got places to be, things to do. It is the other, more subdued self, who listens and feels.

There is a self still heart-broken by grief, who recognises this in other people and responds to it. Surely that self is valuable too? Being miserable at times has made me sensitive to other people’s misery. Being depressed, dispirited, mournful – all these have given me some small insight into the same states in other’s lives.

Running around being ‘amazing’ is all very well, but there is a place, too, for sitting quietly. For listening rather than talking. There is a place for actually feeling failure, whether that is personal or career, rather than immediately trying to transform it into triumph. A place for feeling misery, instead of using it to fuel determination.

What is it the mindfulness practitioners say? ‘Just sit with it’. Sometimes, we need to do that.

I don’t mean all the time, or even most of the time. But sometimes. Because there is value, too, in the moments that do not serve our quest for world domination. They might not gain us adulation, or land us that big contract, but they are, often, what makes us connect most closely with the people around us.

There is enough credible research around the surprising idea that happy people are selfish, and sad people are kind (yes, really), to be worth considering this within our own lives.

Being great is an outward-looking thing. It’s about doing, getting, impressing. Other, more subtle arts, like listening, intuiting, emphasising belong, in my life anyway, to a quieter, maybe less confident, state of mind.

It’s not that we have a duty to be sad for the sake of others, but we do have a duty to own our sadness when it crops up, and not deny it, or try to use it as fuel for more achievement; we aren’t always Scarlet O’Hara, shouting ‘as God is my witness, I’ll never be hungry again’ and shaking our fists at the sky.

In my new novel, The Blamed, the main character, Anna, had to become her ‘best’ self after getting pregnant unexpectedly aged 25, and finding that the father didn’t want to know. That was a moment in her life that she needed to find all her most capable, dynamic self, to care for her daughter and make a life for both of them.

And she did. She buried the girl she was – reckless, sometimes self-indulgent – in order to be someone who could look after a child. It turned out she was good at being her best self – she flourished in a career that demanded decisiveness and the appearance of impenetrable self-confidence. The irony though is that when Anna’s daughter, Jessie, stops eating aged 14, it isn’t the ‘best’ side of Anna’s personality that is required. Instead of being impressively organised, giving orders and getting results, Anna has to learn all over again to listen, to say nothing, to admit that she herself wasn’t always on top of everything.

Her veneer of perfection has alienated Jessie and made her feel inadequate. By never admitting to feeling hesitant or sad, Anna makes it impossible for Jessie to admit those things. By projecting perfection, she makes Jessie seek it. And seeking perfection is never going to work out.

There’s something in Anna’s past so imperfect, so wrong, that she pretends it never happened. And so she has invented a version of herself that is super-high-achieving to compensate for that. Ultimately, she has to admit that until she looks again at the self she has buried beneath ‘best’, she’s going nowhere.

So by all means, let’s try to be our best selves, but let’s rework the idea of ‘best’ so that it goes further, includes more. We’re not glitter balls – projecting hard, bright light at every turn. Maybe we’re more like crystals, with depths and shadows as well as shine?