‘Orchid and the Wasp’ by Caoilinn Hughes: this year’s ‘Conversations with Friends’

Review: What’s that? It’s the sound of marching coming over the hill of Irish fiction 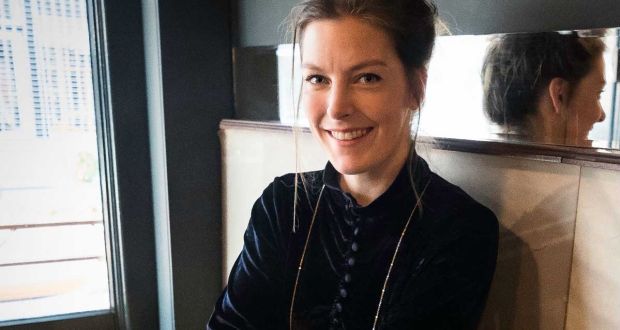 Caoilinn Hughes casts her unique gaze, her artistic, analytical and emotional intelligence, on us, not just in Ireland, but our capitalist world

Book Title:
Orchid and the Wasp

Caoilinn Hughes has, until now, been best known as a poet. Orchid and the Wasp, her debut novel, has caused a stir both sides of the Atlantic. It has landed on these shores with impressive literary wings and endorsements from, among others, Pulitzer-winning Anthony Doerr, who called Hughes “a massive talent”. He’s not wrong.

Orchid and the Wasp is an ambitious debut. It is set in Dublin, London and New York, tackles global economics (from the death of the Celtic Tiger to Occupy Wall Street) and not afraid to riff on the art world and classical music. There’s a lot packed into this meaty feast and, inevitably, some strands are more satisfying than others. It won’t please everyone. But, here’s to ambition.

It begins with our anti-hero, Gael, convincing her primary school peers to lose their virginity while she plans to profit from it. I wasn’t convinced by this precocious child and was nervous of what lay ahead. At the end of chapter one, Gael watches her father masturbate in the shower (nothing sexually abusive) and chats to him after, while he dries himself off. It is to Hughes’s credit that this memorable scene works and is not as sensational as it sounds in the retelling. I saw an author’s voice emerging. The tuning fork struck here sets a sexualised, if not sexual, tone that then sadly fades out. When sex does appear in the novel, particularly the exploration of sexuality with her university housemate and love interest, Harper, the encounters and the prose fizz. It’s not often you read an author who is so good at writing about sex and sexuality you wish the novel had a lot more.

I felt similarly about Gael’s relationship with her father, Jarleth; the everything-that’s-wrong-with-the-world capitalist, a terrible husband and father who abandons his family and sends it into a severe emotional and financial decline. The scenes between the two, and their relationship, are some of the most exciting in the book and his disappearance early on (and absence for most of the novel) is an unfortunate wasted pleasure.

We are left following Gael’s relationship with her damaged brother Guthrie, who has epileptic fits with no medical cause, and her composer mother, Sive, who goes into a depression, losing her job as a semi-famous orchestra conductor. When the novel focused on these characters, the pace, and my interest, dipped. Sive’s character arc – the stint working at a cash converter’s and her transformation from the unfeeling, neglectful mother and obsessive artist to a redemptive mother hen figure at the community orchestra – didn’t convince me. Guthrie’s plotline is overly dramatic. I don’t want to spoil the reveals, but the joys of this novel are not to be found in plotting, nor in the emotional impact of its characters. And there’s a lot here to enjoy.

The novel really hits its stride when Gael sheds these two, during her stint at university, and later when she hits New York. Hughes has created something special in Gael, who is her own woman in a way we don’t see often enough in books: brave, complex, fractured, intelligent, resourceful, ruthless and unforgiving (I could go on) while prepared to do anything, at any cost, to help the ones she loves. Gael makes it her life’s work to protect her exploitable loved ones from her father and wider society, but in her attempt to save them she becomes, and is seen by them as, someone they need to be protected from.

There’s the sound of marching coming from over the hill of Irish fiction. What was the new guard may find that it’s not leading the charge any more. Authors such as Sally Rooney (and I’d say Orchid and the Wasp is this year’s Conversations with Friends) and now Caoilinn Hughes, have an eye on Ireland but not the Irish eye we’re used to seeing through and Irish voice we are used to hearing. Middle and upper-middle-class protagonists and concerns predominate, and the prose is philosophical and intellectual, often with artistic or academic themes, where, without the author telling you, often you wouldn’t know which country the character or narrator was from. Like a New Yorker Irish voice, urbane, mid/cross-Atlantic, effortlessly cool and international, no longer small-town underbelly outcast.

If you judge a novel by whether or not you want to read more, then Orchid and the Wasp wins for me. It’s not a perfect novel but it is ambitious, full-bodied and fresh. Hughes casts her unique gaze, her artistic, analytical and emotional intelligence, on us, not just in Ireland, but our capitalist world and the personal, political and social ramifications implicit in our acquiescence to, or indeed, championing of, its values. Bring Gael back, please.