Plus results, indicators and meetings 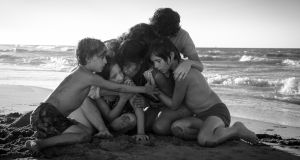 Theresa May’s Brexit deal vote is expected to proceed in the House of Commons on Tuesday – and expected to be roundly defeated – but unlikely to lend any immediate clarity to the business world.

Last week, ongoing efforts to frustrate the UK government’s approach were furthered with the adoption of legislation demanding the prime minister introduce a plan B within days of an anticipated defeat.

The only certainty is further uncertainty as the UK stumbles toward departure with the frightening potential consequences for trade and business.

In Ireland, Brexit “worry” has now reached its highest level according to the Irish Small and Medium Enterprise Association (Isme).

The recent release of its Q3 business trends survey found business confidence had dropped by 20 per cent against a number of indicators, the lowest since 2011.

However despite this tense atmosphere, Bord Bia reported that food and drink exports to the UK have continued to rise. Of all food exports from the State, 37 per cent crossed the Irish Sea, a rise of 2 per cent on 2017.

“Market and trade insights suggest that the global demand for Irish food and drink will remain positive in 2019,” Minister for Agriculture Michael Creed said of the figures, “but of course the potential impact of Brexit is a very significant risk”. Tuesday’s vote and the immediate aftermath may begin to shape the nature of that risk.

It is hard to know whether to give Netflix its plaudits for content or financial performance, although at this time of the year the seemingly unstoppable entertainment platform is vying for both.

Releasing fourth-quarter 2018 results on Thursday, the US streaming service has continued its steadfast transition from mere buyer of content to lavish commissioners and on toward serious competitor at the annual awards season.

As a producer it claimed five Golden Globe awards this month, more than any other network or streaming service – three for television and two for films.

It is a decisive declaration of intent and a harbinger of things to come – Roma, its Mexican film is now considered an Oscar favourite having taken best director and foreign language motion picture at the Globes.

What is the point to all of this? “When we invest in an original show, we find we’re having a better payback in terms of people watching and appreciating Netflix and valuing their subscription,” chief content officer Ted Sarandos said in October.

At the same time, Netflix’s third-quarter results left predictions in the dust, adding seven million viewers to its platform and furthering debate around the future of traditional television consumption. It had €4 billion (€6.1 billion) in revenues.

It seems a fortuitous time for former Disney executive Spencer Neumann to take up the role of chief financial officer, as announced earlier this month.