Wild Geese: ‘The numbers in Ireland pale in significance compared to the US’ 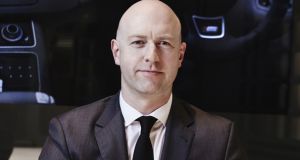 Audi of America executive vice-president and chief operating officer Cian O’Brien: “The advantages of learning the business in a small market is that you have a much wider breath of knowledge across all aspects of the operation.” Photograph: Audi USA

Cian O’Brien left his job as director of Seat Ireland in 2014 to become head of sales operations at Audi UK, the brand’s fourth largest market after China, Germany and the US. Two years later, he took over the director’s role at Audi UK and eight months after that he was about to move continents to become managing director of Audi Australia when he got a career changing phone call one Friday evening.

“Scott Keogh, the president of Audi of America, called me two weeks before we were due to go to Sydney and said, ‘I have a great opportunity for you.’ A tough conversation followed with my wife who was all geared up for Australia, but I promised her I would get the container with all of our things safely off the ship in Singapore, ” O’Brien says.

O’Brien became executive vice-president and chief operating officer for Audi of America in May of this year. He moved to the US almost at once, leaving his wife and three children to follow in July when the school year ended.

“The logistics of moving and all of the organising that goes with it fell to Jo as I was already absorbed by the business. But she is a fantastic mixer and very good at making things happen,” O’Brien says. “Our two boys are actually used to change as they’ve moved a few times which I think is a good thing for them.

“We’ve found them rugby clubs in the US which they love and I enjoy coaching there on the weekends. Our little girl, Isabel, is just three.”

O’Brien is a graduate of Cork Institute of Technology and UCD. He held a variety of retail roles in the motor industry, including general sales manager with Lexus in Cork, before moving to an Audi dealership as brand manager and from there to Audi Ireland’s headquarters in Dublin as after-sales manager.

Now based in Herndon, Virginia, a short distance from Washington DC, he looks after Audi of America’s four regional offices. That means spending a lot of time on the road visiting the company’s main offices in Los Angeles, Atlanta, New Jersey and Chicago as well as its customer experience centre near Detroit and its global headquarters in Ingolstadt, Germany.

“What’s really staggering about working in the US is the size and scale of everything. Along with the various regional nuances, this makes it an extremely interesting place to be,” says O’Brien.

Audi is ranked fourth in the premium segment in the US behind Lexus, Mercedes-Benz and BMW. However, this still means sales of more than 200,000 units a year – quite a contrast to the Irish market where O’Brien cut his teeth and Audi had sales of just over 6,000 units in 2016.

The model mix is also very different in America with the bulk of sales concentrated at the top end of Audi’s range. The brand’s biggest sellers there are A4, A6, Q5 and the Q7 SUV which O’Brien says is a big vehicle by European standards but only considered a mid-sized SUV in the US.

“The advantages of learning the business in a small market is that you have a much wider breath of knowledge across all aspects of the operation,” O’Brien says. “You usually have to wear two or three hats so you have exposure to planning, marketing, sales, strategy and the after-market, whereas in the US people specialise in just one thing.

“Sure, the numbers in Ireland pale in significance compared to the US. For example, my team has gone from 16 in Ireland to 220 people now.”

O’Brien has taken to the American way of life like a duck to water.

“Americans are extremely passionate and hardworking and there is a tremendous diversity here which creates a fantastic dynamic in the working environment,” he says. “The auto industry in Ireland has a lot of professional and dedicated people but markets like the UK and the US are where the biggest challenges lie due to their scale. It is high pressure but I thrive on it.”

There is no shortage of job opportunities in the US for well-educated young Irish people with a forward-thinking mindset O’Brien says.

“The US attitude to Irish people is very positive and this makes it easy for Irish people to do well here. Skills in IT and technology in general are in demand and, of course, there is so much going on from a tech hub perspective on the west coast that it is an economy in itself.”

O’Brien is a big rugby fan and played for Dolphin RFC in Cork well into his thirties.

“I have always stayed focused on keeping up my fitness and I shed some playing weight when I got into triathlon some years back. We have a very competitive group here at Audi of America and I plan to start competing again in the near future,” he says.