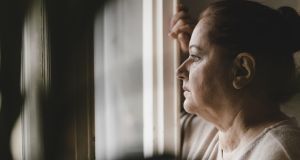 Loss and its close companion, grief, have become the calling cards of Covid-19. Photograph: Westend61/Getty

Loss and its close companion, grief, have become the calling cards of Covid-19. Even the most resilient have been tested and what affects people’s personal lives affects their working lives and shapes how they react to difficult situations, change and new challenges.

Organisations are adept at sidestepping taboo topics such as death, loss and grieving often because they assume (wrongly) that what happens at home is separate from what happens at work. Before the lockdown, this was reinforced by employees physically going to the office. Now that gap is gone as is the mental and physical breathing space it provided for people to process the emotions associated with loss. And unresolved grief is moving up the agenda as one of the pandemic’s silent legacies.

Writing in September’s McKinsey Quarterly, academics Charles Dhanaraj and George Kohlrieser say that, “Unresolved grief is a pervasive, overlooked leadership derailer that affects perhaps one-third of senior executives at one time or another”.

They noted that at most Zoom meetings today there is “a shadowy presence that’s holding back one or more of your colleagues, fostering self-doubt, causing them to dwell on failure, barriers, and everything that can go wrong. It’s sapping their energy and leadership capacity, and could even be damaging their health, along with the health of your organisation”.

Dhanaraj is chairman of the department of management at Daniels College of Business at the University of Denver while clinical psychologist Kohlrieser is professor of leadership and organisational behaviour at IMD (the International Institute for Management Development) where he also directs its high performance leadership programme. They’ve been conducting longitudinal research into grief over two decades and have found that, when grief lingers, it becomes debilitating and destructive and extorts a high price in terms of people’s wellbeing.

It also costs companies billions in lost productivity and performance.

The pandemic, Dhanaraj and Kohlrieser says, is fuelling loss and grief in ways other than death and illness. Personal losses of all kinds – postponed weddings, missed graduations, painful separations from family and friends, laid off or furloughed colleagues, shuttered offices, even the cancellation of sports seasons or other valued events – can create a lingering sense of grief that harms a leader’s effectiveness and may become debilitating if unaddressed.

In a nutshell the authors of The Perils of Unresolved Grief are flagging that colleagues and employees may be going through a significant and prolonged period of heightened grieving at the moment for different reasons. And that, in most corporate settings, the symptoms either go unnoticed or are never discussed.

Few organisations have a clue how to deal with grieving employees even though the fall-out from their distress can be considerable.

“The focus of support for workplace grief has generally been helping colleagues after the death of an employee. Yet many sources of loss and grief don’t involve death but instead losses that feel like it,” the authors say.

Dhanaraj and Kohlrieser believe that leaders need to start by dealing with their own unresolved grief because it typically blocks progress, blinkers vision and can tip into aloofness, passivity, coldness, coerciveness, cynicism, suspicion and anger when dealing with others.

To illustrate the point, they give the example of Ram whose potentially high-flying career with a multinational company was scuppered by unresolved grief around the death of his father that morphed into a burning resentment against his company and anger towards his colleagues.

However, while Dhanaraj and Kohlrieser believe that leaders need to recognise and acknowledge the presence of grief, they don’t want them to get bogged down by it. In fact, they maintain, it can be turned into something constructive and positive.

In the present circumstances that might sound like a very big ask, but the authors point out that feelings of grief don’t just arise from negative experiences. They are driven by a fundamental resistance to change and that positive life experiences, such as starting a new job, can also  create feelings of grief because they challenge our deep-seated human needs for security in areas such as structure, identity and belonging.

“Grief is an inevitable part of life, something that every leader will face sooner or later. But unresolved grief doesn’t have to be,” the authors say adding that getting to the other side of it is a three-stage process that starts with awareness, moves on to acceptance and is resolved when some sort of meaning or learning is derived from  the experience.

Secondly, begin a conversation that recognises grief exists and acknowledges that it’s something a lot of people are experiencing at this time

That said, the subconscious mind is adept at keeping emotional discomfort at bay and the authors have found that, “executives with unresolved grief are seldom able to connect the dots between their past trauma and present behaviour”. This is where some professional help to uncover its origins may be useful.

However, assuming that a leader’s personal grief issues have been satisfactorily resolved how can they show more empathy in the face of others’ loss?

Start by setting the right tone the authors say. This means being a leader who opens up to those around them and displays a warmth that draws others out. Secondly, begin a conversation that recognises grief exists and acknowledges that it’s something a lot of people are experiencing at this time. Thirdly, create organisational rituals that  acknowledge grief in its many forms.

“Human cultures have rituals and ceremonies so that the society and the community can help grievers and their families. Organisational cultures should have their own rituals, which can send powerful signals of recovery and transformation,” the authors say. “Failure wakes and other such rituals help staffers get over failed experiments by celebrating their boldness with food, drinks, and reflections on what was learned.

“These rituals are anything but superfluous. Instead, they help people move on from grief. There is life after grief, and organisations have an important role to play in this mostly personal turnaround.”