Pilita Clark: Some of the attempts at recreating normality amid pandemic are shocking 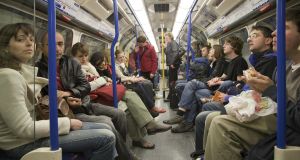 I went back to the office for the first time in seven months the other day, expecting to find the place largely unchanged.

A colleague who had just done the same thing said he had found his desk still covered in newspapers from the days before the building emptied in mid-March, plus a withered Pret sandwich from the same era. “It’s like Pompeii,” he told me.

He had a point. My desk looked exactly as I had left it. In my mail tray, there was a copy of The Economist from late March, with a cover picture of planet Earth behind a sign saying “Closed”.

The rest of the office looked much as I remembered it, except for the lavish supplies of hand sanitiser and face masks.

Yet it was also deeply different. Not exactly ghostly, but subdued, with only a handful of the normal number of people, many working quietly alone. It was a reminder of one of the great peculiarities of pandemic life: so much of it looks so normal, until you realise it is not.

A passing bus in a city street looks as it always did, until you see it has just one lonely, masked passenger. A favourite store appears to be the same as ever until you get close enough to look inside and see it has shut down.

An office still looks like an office, even when it is a pale version of what it once was.

This discombobulating effect helps to explain some of the year’s more bizarre business developments, starting with all the apps that have sprung up to recreate the background noise of a bustling office.

Why anyone would want to listen to the distant whirr of a photocopier, let alone the excruciating sound of a masticating colleague, is beyond me, but now you can.

Likewise, the hum of a cafe is a click away on websites offering the “busy buzz” of a Texas coffee spot or the “gentle chatter” of a Danish eatery. I have zero interest in this sort of thing either.

But since my office visit, I do have a better grasp of the urge to recapture a sense of normality in such abnormal times – up to a point.

I still find it staggering that people in Singapore have rushed to pay up to $474 to eat in a parked A380 superjumbo at Changi Airport which Singapore Airlines has turned into a pop-up restaurant.

I shouldn’t, having grown up in Australia, where dozens of my compatriots paid up to $2,734 for a Qantas “flight to nowhere” sightseeing trip that took off from Sydney last weekend and landed back there seven hours later.

This is almost as shocking as the reports of frustrated travellers who have been buying actual airline food to recreate the lost thrill of flying. Of all that we have lost this year, surely one of the least mourned should be a watery omelette tasting more of rubber than cheese.

The truth is, the longer the pandemic goes on, the clearer it is that much of what was deemed to be normal life should have been binned years earlier.

Lining up on a wintry morning outside my local doctors’ surgery for a same-day appointment, while ill, is close to the top of my list, now that I have had a video appointment.

Conversely, having just seen how an orderly queue can transform the Ikea shopping experience into something approaching calm order, I would happily see such store entry limits made permanent.

I would also wave a permanent goodbye to streets clogged by throngs of tourists, though I realise cafe and hotel owners will not agree.

Each of us will have our own list, but most will surely contain what I hope will be the biggest casualty of the pandemic: the daily commute.

Having had a taste of life without it, 87 per cent of workers want to be free to choose whether to work at home or in the office once Covid restrictions ease, a survey of 10,000 people across Europe and the Middle East showed last week. Before the pandemic, when just 5 per cent were working mostly at home, that would have sounded odd. Now it is entirely normal, and long may it stay that way. – Copyright The Financial Times Limited 2020