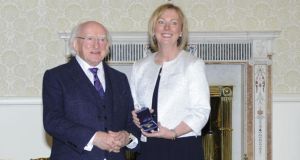 Most people are familiar with the catch 22 that homeless people face when trying to get their lives back on track: it’s almost impossible to get a job without an address, and you can’t get an address without the money to pay for one.

In the High Court on Friday, a homeless Latvian woman who has been in Ireland for eight years brought a case against the Department of Social Protection for allegedly refusing her the jobseeker’s allowance because she could not provide an address.

The department, which has been rebranded the Department of Employment and Social Protection as part of Taoiseach Leo Varadkar’s drive to look after the people who get up early in the morning, says the case should not proceed as the woman was now getting her allowance.

Both sides agree, however, that her jobseeker’s allowance payments were restored only after she had initiated legal action last September.

It gets worse though. The woman has managed to hold on to her part-time job despite being homeless, working as a sales assistant in a Dublin shop. She said she earns €60-€180 weekly.

Because she is of low means, she was entitled to access social welfare payments while working her part-time job. Rather than applauding her endeavour, however, the department apparently ceased her allowance.

For starters, homeless people are entitled to the allowance. The only reference to the need for an address on the department’s website is in the section where the documents needed to make a claim are outlined. It says you require “proof of address”.

Cantillon would suggest that a system of “social protection” that excludes or torments those most in need of that protection is unfit for purpose.