No beards, no talking, no standing - weird workplace rules

While some rules makes sense, ridiculous ones have caused people to change their job 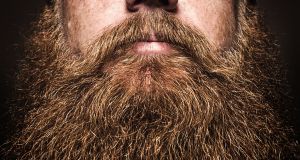 Having worked for a company in the 1980s that banned trousers for female employees and ticked people off if they signed in for morning coffee and weren’t there to drink it, it came as a surprise to discover that strange rules still apply in the workplace three decades later.

Recent research among 1,200 workers carried out by jobs board CV-Library, discovered that the practice of imposing nitpicking rules is alive and kicking in Irish business. And employees are not best pleased about it. In fact, it’s one of the reasons people give for changing job, especially if the rules are rigidly imposed by a manager who doesn’t abide by them personally.

Workers participating in the survey were asked to share some of the regulations their organisations had in place. They ranged from a ban of beards and prohibition of personal items on people’s desk to time limits when using the bathroom and leaving all of your belongings at the door.

Other even wackier rules included not being allowed to smoke in your own car on the way to work (how on earth did they police that one – a morning breath check perhaps?), no talking to colleagues unless in the break room and, hardest of all for a nation of tea lovers, no cuppas on the job. Eating of any kind at one’s desk was also forbidden in some workplaces.

Workplaces need rules and regulations to ensure productivity and to function smoothly and safely. But when they appear unreasonable, unnecessary or downright stupid, they can quickly get employees’ backs up and become counterproductive.

“It’s important to get the balance right,” says Lee Biggins, founder of CV-Library. “You don’t want to make employees feel uncomfortable or untrusted by enforcing unnecessary rules. This could result in them leaving a company to find a more welcoming work culture elsewhere.

“As a manager, if there are any rules in your company that you personally wouldn’t want to stick to, it might be time to revaluate them.

“To avoid any conflicts, companies need to ensure that their rules aren’t discriminatory or disrespectful towards employees in any way,” Biggins says.

“After all, the workplace should be a friendly, welcoming, and fair environment. However our research showed that almost a third of Irish employees have worked for a company that implemented strange or ridiculous rules and the majority said they weren’t happy about having to abide by them.”

As it happens, the restrictions mentioned by the Irish employees surveyed look mild when compared with some of the more bizarre rules in existence in organisations around the world. These include a ban on popcorn and mints, a stipulation that underwear must be worn but should not be visible, no moving of office furniture, no raising/lowering of chair heights, no shiny clothes or shoes, no standing up during shifts (except to call a supervisor) and no glitter make-up.

Also on the list were a ban on drinks apart from water, no coffee after 2pm, standing up when the boss passed and making employees use an electronic key card to monitor how long they spent in the kitchens and rest rooms. If deemed excessive, penalties apply.

Alan Hickey is the legal director at HR, employment law and health and safety consultancy, Peninsula Ireland. He says that, while a rule might seem silly, an employer can justify even the most unusual and unreasonable policies if they can demonstrate a genuine business need for them.

“It’s also the case that some policies that appear bizarre at first glance might be entirely reasonable in certain workplaces,” he says. “For example, not being allowed to wear scent in food preparation or healthcare roles. Indeed, a radio DJ in the US was awarded $10.6 million in 2005 because she claimed her co-worker’s strong perfume had made it impossible for her to do her job.

“Where a policy is excessive or unfair, an employer will likely find it difficult to retain good employees and may even find themselves confronted with a constructive dismissal or a discrimination claim,” Hickey says. “It is prudent for employers to seek appropriate advice and guidance on the introduction of rules and employee policies in the workplace.”

One of the more sinister rules that some companies enforce is the requirement for employees to rat on their colleagues.

“Employers can ask employees to report colleagues for infractions but they should consider the potential negative implications before doing so,” Hickey says. “Having team members reporting on each other’s behaviour can lead to deep feelings of mistrust and suspicion at work. This will have a detrimental impact on team work, co-operation and productivity.

“It may also create an atmosphere where employees tell on each other ‘tit for tat’ and this eventually deteriorates into issues over petty infractions of the rules. As a result, managers may end up spending a lot of time trying to work out which reports are serious enough to warrant formal action and trying to repair the damage done to working relationships.”

Hickey also points out that the European Court of Human Rights and Ireland’s Data Protection Commissioner are consistent in their views on employee surveillance.

“They have found various workplace ‘spying’ techniques such as covert cameras, monitoring emails, use of vehicle trackers and so on to be unfair in certain circumstances,” he says. “What is certainly clear is that if an employer wishes to introduce this sort of workplace monitoring, then employees should know about it in advance.”