Pilita Clark: Corporate wellbeing is no substitute for good management 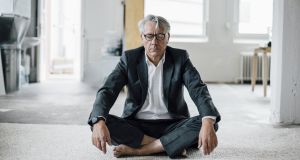 I have some very clever friends who swear by meditation and mindfulness apps. This clearly works for them, and it seems churlish to poke fun at anything that eases the stress of working life

Mindfulness programmes have now sprouted everywhere from Google and Intel to Target and General Mills. Ray Dalio, the billionaire founder of Bridgewater, the world’s largest hedge fund, has been meditating daily for more than 40 years. He encourages his staff to do the same, and thinks meditation is “the biggest ingredient” of his success.

LinkedIn’s chief executive Jeff Weiner (another meditation enthusiast) believes in “compassionate management”, and likes to hire accordingly. Salesforce, the US cloud software group, brings in Zen Buddhist monks to speak to staff, and has created special mindfulness spaces in its buildings.

And circle-sitting? That is how problems are solved at Decurion Corporation, a Los Angeles real estate company, according to a book by Leah Weiss, a guru of corporate mindfulness. She teaches “compassionate leadership” at Stanford University’s Graduate School of Business and the title of her book pretty much sums up her thoughts: How We Work: Live Your Purpose, Reclaim Your Sanity, and Embrace the Daily Grind.

Weiss thinks one can find meaning and joy at work by developing one’s sense of purpose and embracing mindfulness.

I admit I approached the book with a sense of dread. Whenever I read about finding purpose in work, I think of a civil servant friend of mine in the US who used to have two Post-it notes stuck on her computer screen. One said “health insurance”. The other said “the mortgage”. She didn’t have the worst job in the world but like a lot of other workers, she did not expect too much from it either, which seems perfectly reasonable to me.

Saying that, I have some very clever friends who swear by meditation and mindfulness apps. This clearly works for them, and it seems churlish to poke fun at anything that eases the stress of working life.

Yet something about the Weiss book kept annoying me. It wasn’t until I read another new book – by another Stanford business school professor – that I realised what it was.

Jeffrey Pfeffer’s Dying for a Paycheck argues that white collar office jobs have become so stressful they can be as unhealthy as manual labour. The “social pollution” of toxic employers who impose long hours, unpredictable work schedules, relentless layoffs and other ills on their staff means burnt-out, damaged workers are being dumped onto strained public health and welfare systems.

Pfeffer offers a list of solutions, starting with an effort to measure the toll of unhealthy workplaces and highlighting offenders. One thing he does not suggest is more mindfulness, and why would he? For one thing it does nothing to alter the underlying cause of stress: bad management. It also conveniently shifts the burden of wellbeing from the employer causing stress to the employee trying to deal with it. Worse, it allows what you might call “well-washing”: employers who cloak themselves in a veneer of caring for their workers while hurting them with bad management practices.

Consider Aetna, a US health insurance group. After its chief executive had his own brush with health woes, it began to focus more on employee wellbeing, raising wages, improving its staff medical plan and offering – inevitably – mindfulness programmes. Yet, as Pfeffer points out, Aetna has also downsized its workforce with early retirement offers or lay-offs even though the latter are known to be seriously bad for people’s health. I am sure it is not alone.

So next time you read about a company offering meditation rooms and mindfulness programmes, hold the applause and ask this: is it seriously interested in its workers’ wellbeing? Or is it just another well-washer? – Copyright The Financial Times Limited 2018