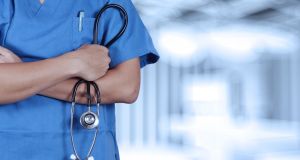 Ennis-based healthcare recruitment company TTM Healthcare has opened an office in Manchester as part of its ambition to become the largest provider of healthcare professionals to British hospitals. Photograph: Getty Images

Ennis-based healthcare recruitment company TTM Healthcare is embarking on a multimillion euro investment as part of its ambition to become the largest provider of healthcare professionals to British hospitals.

The company opened a new Manchester office on Thursday. It will employ 15 people to complement its London facility, which is responsible for placing one in five nurses recruited to the UK’s National Health Service (NHS) from overseas.

TTM, which also has operations in Northern Ireland and the Middle East, is on target to exceed €100 million in revenues for the first time this year and its Manchester office is part of broader expansion plans to double both its revenues and workforce within five years.

Managing director Paula McDonnell said its new Manchester presence will “support the delivery of ambitious plans to be a best in class provider of staffing, complex care and disability solutions to organisations and service users right across Europe”.

Founded by Brian Crowley in 2002, TTM employs more than 2,375 permanent and temporary staff across Britain and Ireland. The company is backed by Broadlake Capital, an Irish private equity organisation.

The company is also in the process of relocating its Ennis headquarters in a move that will allow for between 50 and 60 per cent growth at the group.

The company also plans to launch its sister company, Resilience Care in the UK shortly.

Speaking on an Enterprise Ireland-led trade mission to Manchester, Marina Donohoe, the director of UK and Northern Europe for Enterprise Ireland, noted that there are significant business and partnership opportunities for Irish companies in the north of England.

“TTM Healthcare has achieved outstanding growth in the UK market, and the opening of its Manchester office illustrates that the UK presents Irish companies with an opportunity to achieve scale,” Ms Donohoe said.

Heather Humphreys, the Minister for Business, Enterprise and Innovation, who is leading the trade mission, said: “With TTM Healthcare, we’re seeing the Irish continuing with a spirit of excellence in healthcare, this time by providing multidisciplinary healthcare professionals to a range of healthcare providers across the UK.”

Ms Donohoe also flagged successes of other Irish companies on the current trade trip, including Galway-based transport tech company CitySwifter, which has agreed a deal with Cisco and BT to provide data solutions surrounding public transport.

Another Galway-based company, One Touch Health, which designs healthcare technology products, signed a deal with the largest single independent homecare provider in Merseyside, having achieved a growth rate of 200 per cent in the last six months in the UK.

And business-to-business software provider Aphix Software has partnered Sage Group in an effort to increase its presence in the region.