Nearly one in five CEOs is not suited to their job

Study looked at how 1,100 executives in the manufacturing industry functioned 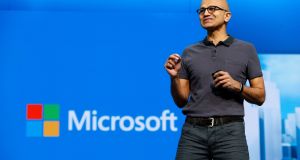 If you’ve always thought the wrong person is in charge of your organisation, you could well be right. A new study analysing the behaviour of CEOs found that about 17 per cent of them were unsuited to the companies they lead.

The study, a collaboration between Imperial College London, Columbia University, Harvard and the London School of Economics, focused on chief executive behaviour and firm performance. It says CEOs differ in how they behave across several dimensions and that, as a result, they can be categorised as either managers or leaders.

Managers tend to be task-oriented. Leaders prioritise higher-level functions such as communication and coordination. Leaders are more likely to be found in large organisations, multinationals and PLCs and often have a chief operations officer working with them who looks after the day to day tasks.

“We find that leader CEOs are more likely to lead more productive and profitable firms,” the authors say. “The correlation is economically and statistically significant: one standard deviation in the CEO behaviour index is associated with an increase of 7 per cent in sales, controlling for labour, capital and other standard firm-level variables.”

The researchers drew their conclusions from investigating how 1,100 CEOs working in the manufacturing industry across six countries functioned.

They did this by comparing the performance of companies before and after appointing a CEO whose leadership style was closely aligned with the organisation’s mission and values.

Choosing the “right” executive was found to lead to an increase in sales post hiring over time. Choosing the “wrong” one was shown to result in potentially big gaps in productivity.

Also having an influence on performance was how the executives spend their time and this is referred to by the authors an “underexplored dimension of managerial activity”.

Getting to the heart of what makes a good CEO tick has always been problematic and, in broad terms, two approaches have been taken to try to find out. The first is shadowing people in real time and drawing conclusions from observing their behaviour. The second is developing abstract concepts of leadership styles and trying to match people to them.

Neither approach gives the full picture, which is why this study uses a new methodology that scales shadowing for a large sample and combines it with statistical analysis to get a more accurate fix. To improve the quality of the data collected, the researchers offered participating CEOs the carrot of learning about their own use of time with a personalised analysis after the data had been collected.

Instead of physically shadowing people as had been done in the past, the researchers followed from afar on this occasion, using the executives’ diaries as base data and comparing all 1,100 participants across a set of common activities.

With the CEOs working an average of 50 hours a week, this generated a vast amount of data that would have been impossible to process using conventional analysis. To solve the problem the researchers turned to machine learning and developed an algorithm that helped identify the behavioural patterns that allowed them to distinguish between managers and leaders.

The study’s findings, that most CEOs spend about 70 per cent of their time interacting with others, is consistent with previous research. But because of the methodology used, it was possible to get a much more detailed description of the interactions than before.

Despite getting granular, however, the authors conclude that there is no best practice in CEO behaviour. Leaders are not necessarily better than managers and there are plenty of examples of highly productive manager-run companies just as there are many examples of poorly run leader-led organisations.

It depends on the company and as the business evolves it may well need a combination of leaders and managers over time.

“The most important message is that there is no one-size-fits-all CEO. But modern machine learning methods applied to data on leadership can help identify CEO styles and how they match a firm’s needs,” says Stephen Hansen, the study’s lead researcher and associate professor of economics at Imperial College Business School.

Speaking to The Irish Times, Prof Hansen added that, “In middle and low income countries, we found that getting the right skillset was a hiring constraint with some companies having to ‘settle’ for a manager where a leader would have been more suitable.

“Elsewhere, hiring mistakes were obviously being made but the ‘why’ was unclear.”

One possibility is that those responsible for hiring do not clearly identify the kind of CEO a company needs before writing the job description.

“If you want to upgrade a manufacturing facility, a manager who understands the production process in detail is ideal. If you’ve got a 2,000-person organisation with a complex international supply chain, the ability to align and co-ordinate is more salient,” he says.

Asked if there’s an optimum tenure for a CEO, Hansen says skillsets are more relevant than time. “Does the CEO have the capacity to keep upskilling over maybe a five to 10-year window and can their skillset evolve as quickly as the company is changing?” he says.

“Companies have life cycles. The kind of person you need for a start-up is probably not the same as the person you will need to be in charge of a more mature organisation.”