‘Ireland is modern now; I’m not holding on to an illusion like many expats’ 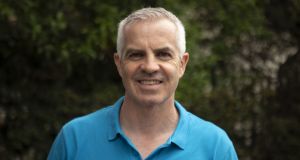 When Tuam-born Martin Kearns left school in 1987, many young Irish people were emigrating, but he decided to stay in Ireland to do an apprenticeship with the ESB.

Having completed that, he got a degree in engineering at the University of Leeds in the UK. “I went to London, where I got a job as a consulting engineer with international consultancy firm, Mott MacDonald. ”

Kearns worked on property and infrastructure projects in the UK, but the Far East was calling. “I spent three months in the Hong Kong office in the mid-1990s, before going to mainland China, where I was heading up design teams for Walmart stores, which were opening there at the time.”

Thereafter, Kearns worked as an engineer on the building of the highly acclaimed Hong Kong International Airport, which opened in 1998.

Following a stint in Melbourne, Australia, Kearns relocated back to Ireland to work as project manager with international engineering consultancy firm, Arup. But first, he fulfilled a lifelong dream by getting the Trans-Siberian across Mongolia and Russia to Europe and home to Ireland.

“Our offices were in Dublin, which was changing a lot during these years. The Tiger was roaring and it was a totally different place to the one I had left,” he says. “The Late Late Show had a different presenter, I didn’t recognise people on the TV, radio. The pace of change was relentless. No one thought the music would stop.”

In 2004, Martin and his now wife, got an opportunity to relocate to Cape Town, South Africa where he established Eurocape Holdings. It has grown to become a major player in the South African property market with a number of key investment acquisitions and successful developments.

During his tenure as CEO, Kearns worked on major development projects in the central business district, the most famous of which was mixed-use Mandela Rhodes Place in downtown Cape Town and the Taj Cape Town Hotel. “It was a great time to be in Cape Town, because the area was mostly derelict and we got the infrastructure off the ground.”

But the good times weren’t to last, as the global banking crisis hit. By 2011, it was time to move on.

“I took a year out to launch Indicium Consultancy Services, which undertook a number of strategic consultancy appointments for both public and private sector clients, while also spending time with my family,” Kearns says.

Before too long, Kearns was headhunted again. The new Waterfront in Cape Town had just been bought and they were looking for someone senior. So in July 2013, he took up a position as a development executive with Victoria & Alfred Waterfront. “It was a big project. The Waterfront in Cape Town is a massive development featuring shops, restaurants, museums and more, attracting over 24 million visitors each year.”

Kearns worked there till 2018, “then I decided I wanted to go it alone, leave the corporate world and create my own destiny”. So he founded his own international advisory business. “It’s great. I really enjoy starting over again, getting new global clients, working with new brands.”

Kearns says there are no restraints on where he can go or who he can work with. Currently he’s setting up a multimillion euro commercial development in Lagos, in Nigeria. “I’m working with big international private and public companies, who want to set up large-scale projects across the globe.

“I travel a lot from Lagos to Toronto to New York. I have a massive network and am working with international agencies in London.”

But, Kearns says, there’s only so many hours in the day to be paid, so he’s putting together a property portfolio in Cape Town. “Life is good here. I walk or cycle to work, my kids go to school across the road from our house. I avoid traffic.

“I cycle a lot, my two sons play rugby and hockey, and they swim. Last year I participated in the Argus cycle race with my son on the back of a tandem bike. It’s one of those things you do, but it wasn’t easy.”

Kearns says he has Irish friends in Cape Town, but avoids too much nostalgia for “diddley eye” Ireland. “Ireland is modern now, so I’m not holding on to an illusion like many expats.

“I’m a long time gone, so I don’t ache to be home. I’ve lost connection but, that said, we miss the kids not having grandparents and cousins around. And we do try to go home for Christmas.”

He insists that Cape Town is a great place to live, despite its bad reputation. “I’ve driven all around South Africa and never come across any problems in regards to safety or violence,” he adds. “There are endless opportunities here.

“If you come here, work hard, get the finger out and you can achieve great things. A lot needs to be built here, not just in property, but everywhere,” Kearns says.

“As far as family is concerned, the boys are getting a fantastic education, but when they leave school in a few years’ time, they’ll want to go study in Ireland, so it will be pricey.”

Kearns says he and his family plan to stay in Cape Town, but are open to travel, once he has a “good asset base in place”.

“Until then, we’ll enjoy the sunshine and the cycling.”

1 Opioid executive admits to ‘no morals’ ahead of prison term
2 Little strategic thinking in election manifestos of Fine Gael and Fianna Fáil
3 My father in a nursing home wants to gift me his house
4 CPL founders Anne Heraty and Paul Carroll in line for €1m dividend payout
5 Q&A: Why has the pension age question suddenly become an election issue?
6 Cosgrave should give his speech to Web Summit’s partners in Saudi Arabia
7 South Dublin Credit Union members urged to borrow more to ensure survival
8 ‘If you don’t like challenges, you should not be in the airline business’
9 Ryanair wants Irish courts to block Skyscanner from selling its flights
10 Cathay Pacific to resume Dublin-Hong Kong flights in March
Real news has value SUBSCRIBE