The Irishman roasting coffee for the caffeine-loving Swedes

Q&A: Jack Ryan from Co Meath talks about life in Stockholm and enjoying a good quality of life 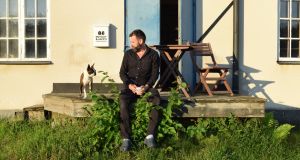 ‘I just named the company after myself and my dog - which hopefully feels friendly and approachable’. Muttley with Jack in Stockholm by Niklas Magnusson

Each week, Irish Times Abroad meets an Irish person working in an interesting job overseas. This week Jack Ryan, who is originally from Ratoath in Co Meath, but now lives in Stockholm, Sweden, where he runs coffee roastery Muttley & Jack’s.

I left in early 2007 to work on a project with Greenpeace in Sweden. Originally, the plan was to be based in Stockholm for just a year and then come back to Ireland. Watching the Irish economy unravel in 2008 nudged me to extend for another year, and then another, until, in the end Stockholm began to feel like home too.

I studied in Trinity College Dublin between 1998 and 2002. I did a BA in two subjects: Drama and Theatre Studies and German. As part of the German course I had the opportunity to study Swedish for a semester, but turned it down assuming I’d never have a use for it.

Why did you go to Stockholm?

I’d never travelled to Scandinavia before because I was put off by the reputation for high prices for everything, so when the opportunity arose to live and work there I jumped at it. It turns out that the reputation was not truly warranted, Dublin in 2007 was at least as expensive for most things.

What do you do now?

I run a coffee microroastery on an island in the Stockholm archipelago.

How did you get into coffee ?

Like most Irish people I grew up drinking tea. Coffee was just for staying awake when pulling an all-nighter before an assignment deadline at college. In Sweden the popularity of fika, which is basically coffee, cake and a bit of a chat, means they drink a lot of coffee. However, it tends mainly to be the dark-roasted bitter stuff, which never really hitting the spot for me. It was on a trip back home to Ireland in 2012 when I tried light-roasted speciality coffee for the first time and fell down the speciality coffee rabbit hole.

Where do you get your coffee from?

Mostly from East African countries, especially Ethiopia and Burundi and also from Central America. However, I’m always excited to try coffee from origins that are less known - I brought some fantastic beans home from Nepal last year.

Is being sustainable important to you?

Yes, of course. Having worked with Greenpeace for more than a decade it’s in my DNA now.

How is your coffee sustainable?

We want to roast coffee in a socially and environmentally responsible way. Too many coffee farmers earn far too little for their work so for me it’s important to pay well for good quality coffee. The extra income tends to be reinvested in the farm and quality improves from year to year, creating a virtuous cycle of increasing quality and increasing prices. The farmers I work with care for the soil, conserve water and plant shade trees, which supports biodiversity.

Is being organic important and what does it mean?

I roast a lot of coffees that are certified organic, but also work with very small scale producers in, for example Ethiopia, where they grow coffee in their gardens or harvest wild coffee from the rainforest. These micro-producers are in practice growing organically, but spending money on an official audit in order to be certified is out of reach - we want to support these growers too.

Has any country in particular made a mark on you?

Ethiopia, as the birthplace of coffee, has a special place in my heart. It’s a fantastically beautiful, hospitable place.

What sort of coffee do you buy?

I focus on the upper end of the quality scale and select arabica coffees grown at high altitudes and harvested at peak ripeness. The taste experience varies between origins and varieties, but often the coffees I select have floral and berry flavour notes.

Can people in Ireland buy your coffee?

Yes, but so far only through the webshop muttleyandjack.com. It’d be lovely though to find a space on some shelves in Ireland, or to be the guest roaster for a while at some of the great coffee places that have popped up in the past few years.

What do your workshops in Stockholm involve?

They are for people who are curious about speciality coffee and want to learn more in a fun approachable way with zero attitude. The most fun workshop might be the coffee tasting workshop where we blind taste lots of different everyday flavours and try to identify them, building up to tasting eight to 10 coffees from around the world.

Where did you get the name for your company Muttley & Jack?

Originally I was trying to come up with a brand name that sounded cool and clever, and communicated Nordic design principles as well as Irish hospitality. Every idea felt just a little bit too manufactured and not welcoming and so in the end just named the company after myself and my dog, which hopefully feels friendly and approachable.

Do the Irish fit in well in Sweden?

We do, though we don’t stick out as a highly visible group. A lot of Irish people to work in executive roles within larger companies rather than in customer facing roles.

What is it like living in Stockholm and how do costs compare?

Costs for housing are fairly similar between Dublin and Stockholm. There is a housing shortage in the larger cities here as well, which is creating affordability issues. Eating out in the evening can be a very expensive, especially if you are drinking wine with your meal. Childcare costs on the other hand are very low, subsidised by taxes, it is around €120 per month per child.

The quality of life is good here - easy access to nature, clean swimming beaches in the city centre and striking a sustainable work-life balance is encouraged. There’s no praise for working long hours at work, on the contrary people will be concerned that you’ve either got too much on your plate or maybe are just inefficient.

There’s a lot - friends and family of course, easy access to the Atlantic Ocean (the sound of the waves here is just not the same). That said, it’s very easy to travel between the two countries and I’m over and back fairly often.