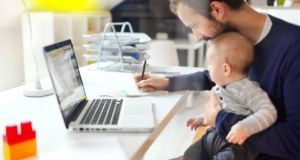 The Government is to consider the introduction of legislation which would ensure workers have the right to switch off and no longer feel the obligation to check work-related emails outside office hours.

Minister for Business Heather Humphreys has said her department plans to examine the French approach on the right to disconnect as part of efforts to promote a good work-life balance for employees across the State.

Responding to a parliamentary question last month, Ms Humphreys said that with the “increasing digitalisation of the workforce” it was important from a work-life balance perspective that there would be “clearly defined guidelines regarding workers’ rights to switch off after office hours”.

The Minister said an interdepartmental steering group had been formed as part of the future jobs strategy, in collaboration with a number of other government departments, to examine the possibility of more flexible working hours including part-time, compressed hours, job-sharing, home-working and remote working. She said the group would also consider the recently introduced French approach to switching off.

“Such solutions allow for tangible benefits for employees including improving their work-life balance,” said Ms Humphreys. “It also provides solutions for those who would otherwise take unpaid parental leave but cannot afford to do so.”

She said increasing participation in the labour force, through the promotion of a good work-life balance, would lead to a more “equitable, balanced and sustainable development of Ireland’s workforce”.

In 2017, the French government introduced an employment law which obliges organisations to guarantee their employees a right to disconnect from technology.

The measure was introduced to tackle the so-called “always-on” work culture that has led to a surge in usually unpaid overtime. Under the law companies must negotiate with employees to agree on their rights to switch off and ways they can reduce the intrusion of work into their private lives.

Last year business executive Gráinne O’Hara from meat producer Kepak was awarded €7,500 by the Labour Court over being required to deal with out-of-hours work emails, including some after midnight, which led to her working more than 48 hours a week.

Under the Organisation of Working Time Act 1997 the maximum average working week for Irish employees is 48 hours. Working time, according to the Act, means any period during which the worker is working, at the employer’s disposal, and carrying out his/her activity or duties which includes dealing with emails and phone calls.

The Act provides that every employee “shall be entitled to a rest period of not less than 11 consecutive hours in each period of 24 hours during which he or she works for his or her employer”.

Employment lawyer Richard Grogan said Irish employment legislation was “very clear”, and that there was no requirement to have to check emails outside working hours.

While some workers claim not to mind checking emails outside regular working hours, Mr Grogan warned that he had witnessed increasing numbers of people presenting with burnout and stress. These medical conditions result in serious claims being brought against employers for negligence, he told RTÉ’s This Week programme on Sunday.

He noted a recent case where a worker was initially awarded €150 by the Workplace Relations Commission for not receiving an adequate rest period but that the Labour Court increased this amount to €15,000.

“Unless you want to end up down at the WRC or Labour Court having claims brought against you from somebody who did not get their proper break period or their proper holiday then the answer is you have to sit down and make sure people get these entitlements,” Mr Grogan advised employers.